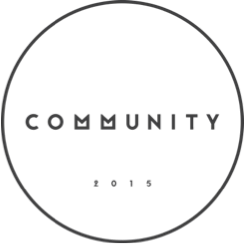 There’s now only two weeks to go until the inaugural Community Festival takes over the creative hub of East London, with an eclectic programme of emerging new talent across 11 well-established venues and a collection of reimagined spaces. Joining the vast lineup are renowned alternative starlets Young Guns, fresh from packing venues across Europe they’ll be stopping off at the Old Blue Last on the 5th November for a very special intimate performance, headlining the Raw Power Management/Search & Destroy Records showcase with support from Brighton’s heavy trailblazers Black Foxxes.

Showcasing a diverse range of acts spanning multiple genres, Community already promises some true stand-out evenings of new music, with headline performances from Lianne La Havas, Nothing But Thieves, Sunset Sons, Sundara Karma and The Japanese House already Sold Out, and many more nearing capacity. From the raucous ramshackle indie of Rat Boy, to the tough Californian rhymes of Vince Staples and the pulsating beats of Blonde, Community is showcasing the freshest names across the musical spectrum, providing the definitive new music festival of 2016 before it’s even begun.

With a full “In The Community” programme of daytime events taking place throughout Shoreditch and Hoxton in reimagined cultural spaces to be announced, Community Festival looks set to be a true cultural celebration of influencers, talent and creatives set to take over 2016.

Tickets are on sale now, and are available from Ticketweb: http://www.ticketweb.co.uk/artist/964472