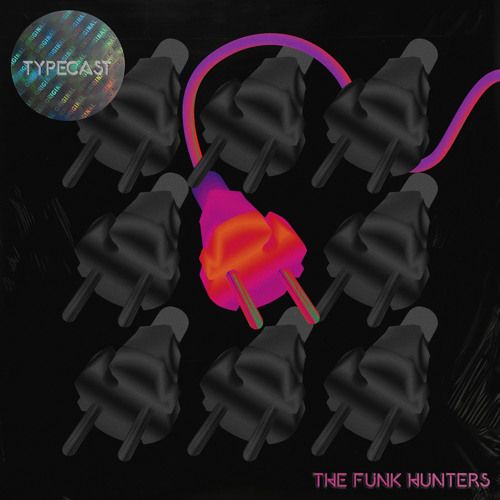 Earlier this year, The Funk Hunters teased two very different but equally catchy singles, "Turn Down the Silence" and "Party Rockin'" off their debut album, leaving fans and tastemakers alike wondering what the dynamic duo had up their sleeves. Now the wait is over – The Funk Huntershave unleashed their much anticipated first album, "Typecast," and it's nothing short of a sonic saga. Throughout the course of 11 tracks, the duo carries the listeners through the spectrum, from the jazzy, feel-good "Hands Up," to the hip-hop anthem "Ready to Go" and the sultry, slow-burning closers "Till AM" and "In The Right Spot." The album features a stunning selection of guest vocalists, including Grammy winning vocalist WANZ (from Macklemore fame), the voice of iconic UK legend Dynamite MC, and many more. The Funk Hunters manage to make such a myriad of both genres and textures flow seamlessly, attesting to their prowess as producers and creators of unique, compelling vibes. No matter the occasion or the mood, "Typecast" has it covered. Press play on this exquisite compilation and let The Funk Hunters orchestrate your life.

The Funk Hunters was born when Nick Middleton and Duncan Smith met while attending film school in Canada, and ever since has been both a studio project and live juggernaut ever since. In a sea of carbon-copy producers, the duo has cultivated their signature sound by creating forward-thinking electronic music that is influenced by old school soul, funk and hip-hop. Their vision has resonated with both listeners and industry tastemakers alike, with their music amassing over 10 million track streams from their original productions, remixes and collaborations. The Funk Hunters have been honored with official remixes for artists across the spectrum of both popular and underground music, including Imagine Dragons, Selena Gomez, Big Gigantic and Gramatik. Their chemistry as a duo is perfectly aligned, with Middleton steering their studio and production efforts while Smith heads their live shows with a captivating charisma that has landed them at Coachella, Lightning in a Bottle, Electric Forest, Burning Man and more. On the cusp of a new year and so much brand new music, 2018 is aligning to be the most monumental year yet for The Funk Hunters.