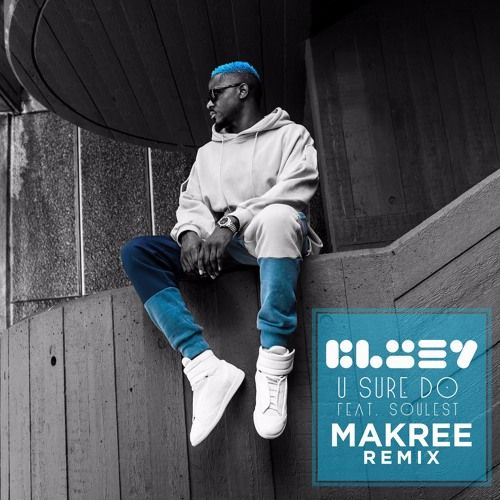 21 year old Latvian DJ and producer Makree steps up for remix duties on ‘U Sure Do’ feat. Soulest.

Transforming the original release with a steady wave of high hats and production elements, the Rigan mastermind focuses solely on the records electronic capabilities, before paving way to the tracks infectious vocals.

Makree was an obvious choice when it came to remixing the powerful rework of the 90’s Strike classic. After releasing his debut single ‘Cloud’, aged just 19 years old, Makree gained radio support from the likes of Capital Xtra & Ministry of Sound. He’s since worked with the soulful house legend Max’C on his own original release ‘Thank You’, and has a forthcoming track with Secondcity titled ‘Never Been In Love’ on the horizon.

‘U Sure Do’ comes at a time where nostalgia is key. Paired with the infectious record, the official video is set on homegrown turf and tells the tale of a lovesick couple who go through the notions of every relationship. Through the highs and lows, they are brought together by the sounds of Bluey – highlighting the deep connection between love and music.

About Bluey
Born and raised in London, Bluey is no stranger to the dance music industry. Over the years he has played at world-renowned clubs including Ministry Of Sound & Fabric, building his reputation as a DJ as well as a producer. Having fine-tuned his sound, Bluey has teamed up with the likes of Fuse ODG, Fatman Scoop, Ben Verse (Pendulum) & Christina Milian on tour and across productions, as well as travelling the globe as a warm up act for Akon.