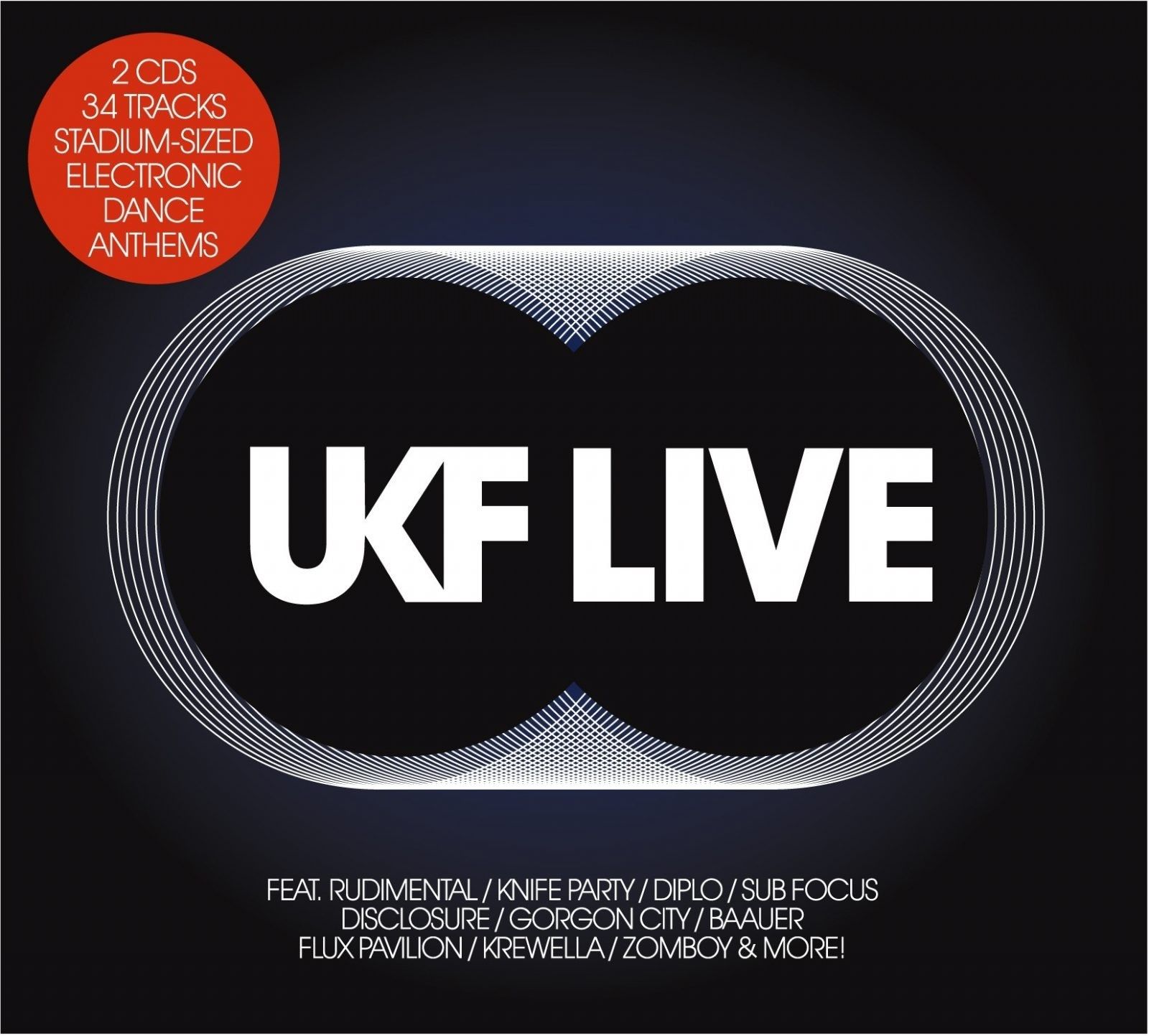 Like all the best events, UKF Live line-ups are rich in variety and deep in dynamics. Recruiting the best range of acts across the most exciting genres, and arranging them in such a way that the dancing crew are kept on their toes throughout the night: dots are joined between the flavours and styles with serious care and attention. The old DJ cliché rings true for a reason: the best parties are all about the journey.

This debut album from UKF Live is a picture-perfect snapshot of such a heady adventure. The dream line-up for any one of the brand’s 7 million subscribers and counting, this exciting new album series is a reflection of the best parties UKF have held past, present and future. A line-up where critically acclaimed new names such as Gorgon City, Kove and My New Leng share selector duties with the most respected artists in the game such as Diplo, Andy C and Rudimental. A line-up where Krewella, Shadow Child, Ambassadeurs, Phaeleh and Camo & Krooked, Knife Party, John Newman and Sub Focus all unite with clarity and consistency… Bottom line: a line-up that celebrates the very best contemporary electronic music.

The debut UKF Live album is a celebration of all of this and plenty more. Founded in 2009, the award-winning brand is dedicated to the most exciting music being made around the world. Whether you engage with it on its billion-view-plus YouTube channels, at one of its global events or through its iTunes Top 10 smashing compilations the message is the unanimous: this is the most exciting music happening right now and these are the talented people making it. Now get out there and get involved!