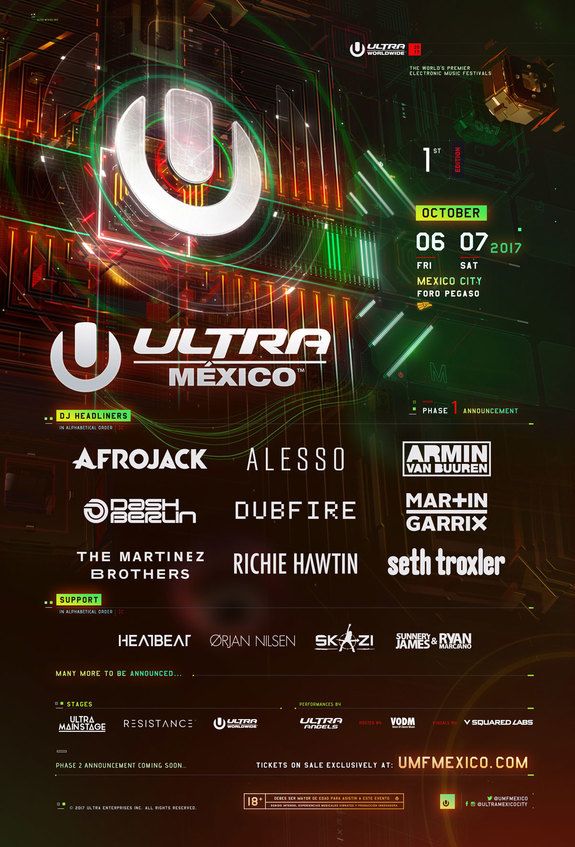 With three state-of-the-art stages and over 80,000 people expected to attend, ULTRA México now releases the Phase One Lineup for its debut edition, taking place on October 6-7, 2017.

Headlining ULTRA’s ever-growing RESISTANCE concept on brand new soil will be four massive acts, with Dubfire, The Martinez Brothers, Richie Hawtin and Seth Troxler each confirmed to bring their own very specific brands of house and techno to the debut edition of the festival.

A diverse range of support from Heatbeat, Ørjan Nilsen, SKAZI and Sunnery James & Ryan Marciano rounds out an impressive Phase One, with many more international and local acts to be announced soon.

Starting at $126 USD for the full 2-day experience, tickets for ULTRA México are on sale now, exclusively at www.umfmexico.com.

For more information, including all lineup and ticket details, stay tuned to www.umfmexico.com.