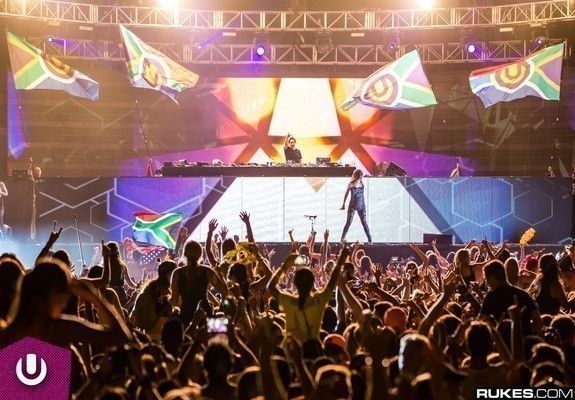 The first edition of Ultra South Africa officially became the biggest electronic music festival to ever take place on the African continent this past weekend, following two unforgettable and historic sold out days in the breathtaking cities of Cape Town and Johannesburg, on the 14th and 15th of February respectively.

Welcoming over 40,000 music-hungry festivalgoers across two colossal sold out days (more than 15,000 at Ostrich Farm, Cape Town, and 25,000 at the Nasrec Showgrounds in Johannesburg), tens of thousands of dance music fans from across South Africa and beyond got their first taste of the inimitable ‘Ultra experience’, as they bore witness to some of the world’s best DJs, performing in some of the world’s most beautiful settings, powered by some of the world’s biggest and most advanced production, in what was one of the most peaceful and successful events in Ultra Worldwide’s 16-year history.

Speaking for the first time since the landmark event, Shaun Duvet, one of the five directors of local South African partner company (the others being Tony Feldman, Dave Forbes, Itsik Bouhbot and Paul Forbes) shared his thoughts on the inaugural edition:

“We are extremely proud of the first Ultra South Africa. The response from fans has been absolutely incredible, it truly has been a dream come true and we can ensure you that the future of Ultra in South Africa is going to only get bigger and better! We would also like to take this chance to thank our incredible teams, DJs, sponsors (Heineken, DSTV, Red Bull) and of course all the awesome fans out there! Get ready for 2015!”

“It’s taken years of research and hard work to get to where we are now in South Africa, and we have found the perfect local partner. I am absolutely thrilled that we will be here for the next five years at least, and I am so excited to see what the future holds for dance music in South Africa.”

“I couldn’t be happier about our first outing in South Africa. The festival went off without a hitch and the reception from our fans in each city was truly unbelievable. South Africa is such an incredible nation and I’m positive we will be putting on groundbreaking events here for years to come. This is just the beginning.”