Bensley - Under The Sunshine 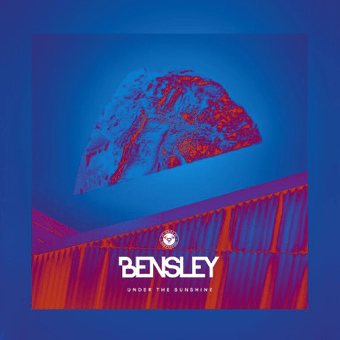 Bensley - Under The Sunshine

Bensley returns with ‘Under The Sunshine’ released on RAM Records on 16 August – an explosive track that showcases his talents and cements his status as one of the most exciting producers around.

Following the acclaimed instrumental ‘Slither’, with ‘Under The Sunshine’ Canadian Producer/DJ Bensley delves into big band territory, to deliver an epic cut laden with powerful vocals, drums, brass and strings.

In Bensley’s own words, with ‘Under The Sunshine’, “I ventured into a more organic/live sound, incorporating the sound of acoustic drums, brass and string ensembles. The overall theme is heavily inspired by the relatively recent James Bond themes, and live big bands. The talented vocalist really took the track and made it her own. I feel as though her voice complements the instrumental, and the Paloma Faith-inspired style takes the tune in an amazing direction that I had never even considered upon writing it!”

Never before in RAM Records’ 25 year history has a story as unique and exciting as Bensley’s unfolded. No previous releases. No previous DJ shows. The then 19-year-old Canadian sent a demo to his favourite label in December 2013 and was signed exclusively within weeks. Embodying the spirit of ‘letting the music do all the talking’ with an added aspirational emphasis that talent really does get spotted amidst the oceanic pools of internet creativity, Bensley’s productions blew the roof off RAM’s Hornchurch HQ on first listen.

Digest Bensley’s sounds and you’ll understand just why RAM Records snapped him up so quickly. His compositions capture the essence of everything that’s exciting in drum & bass right now. Instantly resonating like you already know them, yet sounding like nothing you’ve heard before, Bensley’s productions convey a contemporary energy and dynamic that’s instantly distinctive.

Standing as one of the most resounding electronic music labels in history, RAM Records celebrates its 25th anniversary in 2017. Established by Andy C and Ant Miles in 1992, the label has boldly placed itself on the forefront since its inception, acting as a foundation for the drum & bass genre and seeing through its development from the very beginning.

RAM Records has become a world-renowned hub for some of the biggest drum & bass artists to ever hit the scene, helping to pedestal household names such as Chase & Status, Sub Focus and Wilkinson.