Underworld to give keynote speech at Amsterdam Dance Event 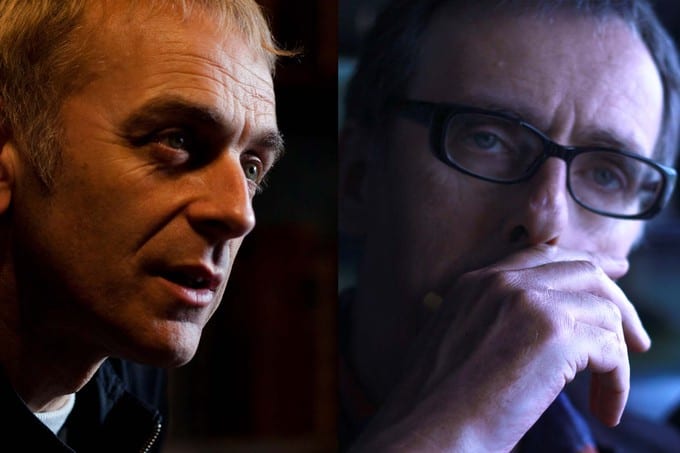 Underworld to give keynote speech at Amsterdam Dance Event

Underworld are a true one-off – at home headlining the world’s biggest festivals and events, playing underground techno clubs and warehouses, sound-tracking theatre productions or taking over art galleries, disused shoe shops and Japanese department stores. This year at ADE, the duo talk through their career – both as artists and performers – in a festival keynote presentation:

The World of Underworld
Process and Co-Production

In this talk, Rick Smith and Karl Hyde – collectively Underworld – explore the importance and power of partnership and co-production in the development and presentation of ambitious and exciting projects and events both grand and intimate in the 21st century.

Underworld’s two and a half decade long journey has cemented their reputation as one of the most influential bands to emerge from the electronic music scene. At ADE, Smith and Hyde will talk through key points of their career in a conversation with Robin Turner (Heavenly Social/Caught by the River) that will focus on managing creativity and co-production through the world of music and areas far beyond. One of Underworld’s closest partners – tomato’s Simon Taylor – will provide a visual backdrop to the discussion that will include previously unseen images and footage from the band’s meticulously kept archives.

Having cemented their place in the ’90s underground techno scene, the group’s definitive breakthrough came in 1996 when their timeless anthem ‘Born Slippy (Nuxx)’ became the soundtrack of a generation after it was featured in the film Trainspotting. The success of that single catapulted the band from the underground into the heart of the mainstream. The following two decades saw them build on that success while never compromising; selling millions of albums, performing countless sold-out shows, providing scores to productions by Academy Award winning directors Anthony Minghella and Danny Boyle, exhibiting in galleries, and sound-tracking the Opening Ceremony to the London 2012 Olympic Games. The critical and commercial success of the band’s Grammy nominated 2016 album ‘Barbara Barbara, we face a shining future’ saw them headline stages at Coachella, Glastonbury and Summer Sonic.

Following the talk, Underworld will play a unique gig for ADE at Amsterdam’s Rijksmuseum on 20th October, in a rare opportunity to see the group’s peerless live show up close as the space is transformed into an intimate club venue

The event is free of charge, and capacity is strictly limited. Subscription is possible by registering as a group of 2 to 4 people. To register for tickets, http://underworld.audio-obscura.com

This event is powered by Heineken and KPN.

About ADE
Since its inception in 1996, the Amsterdam Dance Event (ADE) has evolved into the leading business conference and festival of the global electronic music scene. It is the place to be and spot the latest developments: from musical trends and upcoming talents to the most recent output of dance’s pioneers and superstars.

For the complete program and more information about ADE: www.a-d-e.nl