Underworld to perform at Rijksmuseum during Amsterdam Dance Event 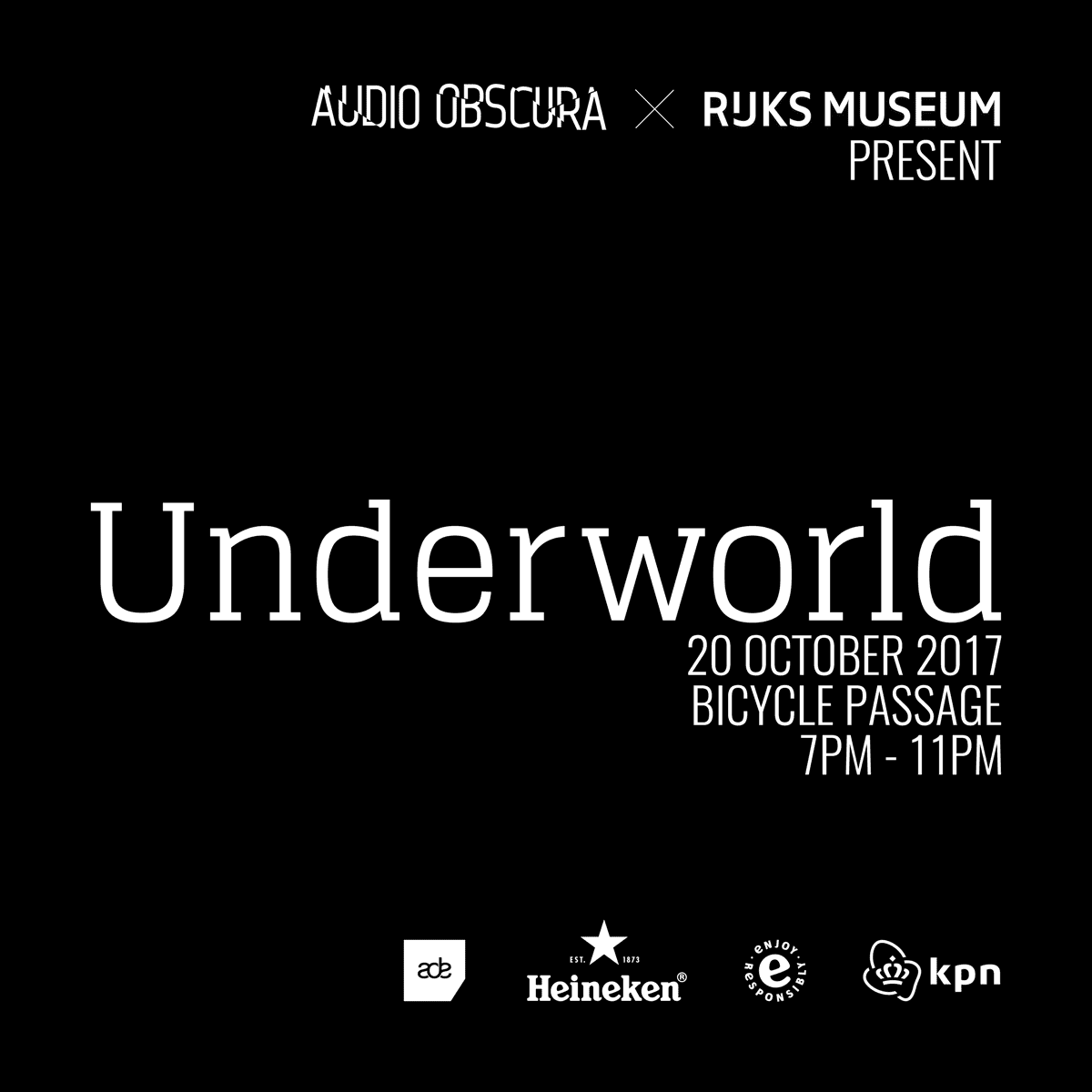 Underworld to perform at Rijksmuseum during Amsterdam Dance Event

On October 20th, during this year’s Amsterdam Dance Event, a unique performance by one of electronic music’s truly legendary acts, Underworld will take place in the world-renowned Rijksmuseum.  In this one-off free event orchestrated by promoter Audio Obscura, the museum’s iconic Bicycle Passage will provide the backdrop for the band’s peerless live show.

Unique in their field, Underworld are as at home headlining the world’s biggest festivals, as they are in underground techno clubs, warehouses, art galleries, theatres, shoe shops and Japanese department stores.

Having cemented their place in the ’90s underground techno scene, the group’s definitive breakthrough came in 1996 when their timeless anthem ‘Born Slippy (Nuxx)’ became the soundtrack of a generation, after it was featured in the film Trainspotting, catapulting Underworld into the mainstream. The following two decades saw them build on that success while never compromising their art; selling millions of albums, performing countless sold-out shows, providing scores to productions by Academy Award winning directors Anthony Minghella and Danny Boyle, exhibiting in galleries, and sound-tracking the Opening Ceremony to the London 2012 Olympic Games. The band’s 2016 album ‘Barbara Barbara, we face a shining future’ saw them play headline performances at Coachella, Glastonbury and Summer Sonic as well as earning them a Grammy Nomination.

Audio Obscura x Rijksmuseum present Underworld at the Rijksmuseum’s Bicycle Passage, is a rare opportunity to see the group up close and personal as the space is transformed into an intimate club venue, playing host to a lucky limited crowd of music lovers. Following on from last year’s ADE event in the same space, the show provides a platform for the museum to engage with new and exciting audiences, enabled by Audio Obscura’s mission of bringing dance music artists to historic and cultural venues.

In addition, Underworld will present a keynote talk at this year’s ADE. This will be a rare chance to hear the band’s Rick Smith and Karl Hyde in conversation, as they explore the importance and power of partnership and co-production in the development and presentation of projects grand and intimate in the 21st century. The talk will be accompanied by visuals curated by one of Underworld’s closest partners, tomato’s Simon Taylor.

The event is free of charge, and capacity is strictly limited. Subscription is possible by registering as a group of 2 to 4 people. To register for tickets:  underworld.audio-obscura.com.