Deep house producer OBu has released his latest single, ‘Coastal Blur’ on 06 March via Uppwind Records. The single was premiered via Youtube channel Madorasindahouse. The musician has provided an official remix to Uppermost’s ‘Night Walk’ and has seen support from the likes of Trax Magazine and Son Of Marketing with his percussionist project, Medium Douce. The project received features in tastemaker Youtube channels Madorasindahouse and Get The Sound, and has collected a tidy 26 000 plays across streaming platforms. They have shared a stage with the likes of DJ Virginia and Chez Damier and performed a live set at the legendary Parisian gallery and creative hub 59Rivoli. Having signed several of his titles and remixes with different foreign labels, such as Stardust Records or The Purr before joining the ranks of Misplaced Recordings. Trained as a classical percussionist at the Versailles Conservatory, OBu has also performed in the Music of the Paris Fire Brigade.

Having been introduced to music at a young age through his mother, a piano teacher, Maxime Buffel – also known as OBu –  first pursued the piano and drums before he moved on to specialize in classical percussion. Currently a 29 year old French artist from the heart of Paris, OBu has expressed a fondness for the culture and way of life within the UK.

As OBu himself creates such varied music, so do his influences range from the experimental stylings of Floating Points and Four Tet to the hazy house of Seb Wildblood. His own sound sits in closer comparison to the likes of Âme, Lane 8 and TSHA.

Taking his own classical training in percussionism and putting it to work, OBu  provides techno rhythms, house grooves and soaring melodies all brought together in an organic composition. Removing the soulless associations that can be found within electronic music, ‘Coastal Blur’ sets a warm and comfortable tone, folding the listener into its “pilllowy” embrace. All of this is provided while maintaining a solid bassline to carry the track.

Speaking of the track, OBu tells us about the familial origins it contains, “My father recently moved to the seaside. This maritime atmosphere gave birth to a melancholy melody in me, which I developed and structured in my title “Coastal Blur” using “delay” and “arpeggios” effects.” 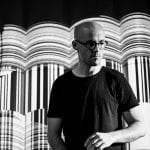