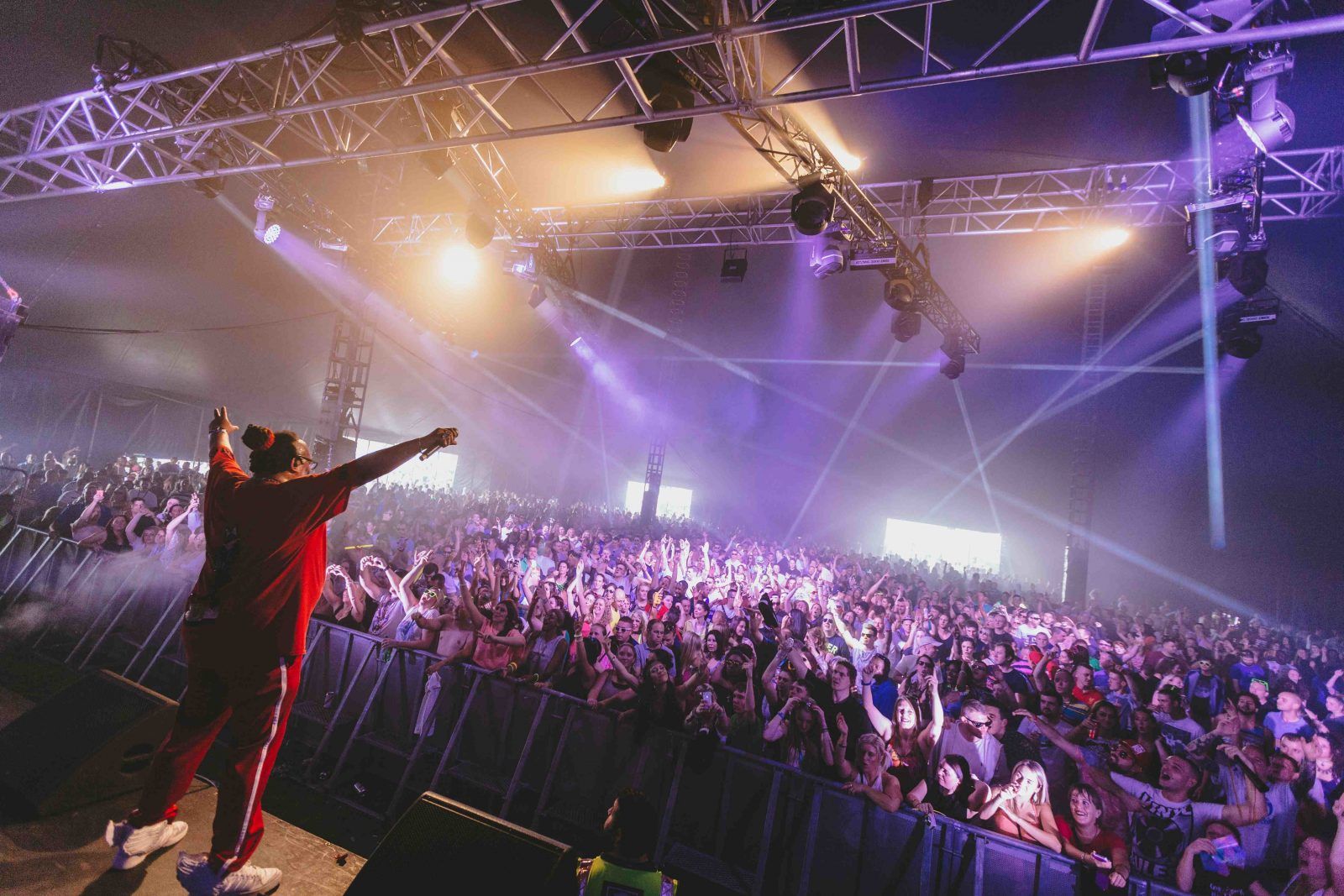 Representing an ideology that traversed the boundaries of convention and defined a new generation of sonic revolutionaries, British rave culture is now recognised as one of the most iconic movements in recent cultural history. Setting out to reinforce this ethos, United Festival will be the fifth and final event in the epic summer festival Found Series – produced in collaboration with essential rave luminaries, Slammin’ Vinyl.

Old Skool lynchpins The Ratpack and Fabio & Grooverider will also be in session alongside Deckajam and a flurry of live PAs from British dance music icons Baby D, Jungle legend General Levy and old skoolers Shut up & Dance. MCs GQ, IC3, Harra Shotta and Whizzkid will keep the main stage hyped throughout the day, with a further two very special headliners still to be announced!

Classic house will be the order of the day at Promised Land’s arena, with a headline set from one of the scenes most modest and unassuming talents in Robert Owens. Chicago jacking house originator Marshall Jefferson will spin a driving selection, with pioneering house producers Graeme Park and Brandon Block & Alex P bringing the focus back to British. Further sets come from Huck Finn, Philgood & Ram, Arkoss, Mark Rushton and EZM.

Showcasing the darker side of trance, Indecent Noise will roll up to United with a host of key players from much loved label Mental Asylum Records, including Jordan Suckley, Will Atkinson, James Dymond, Standerwick, Jase Thirlwall, Robbie Van Doe and a live PA from Noire Lee.

Unarguably one of the hardest dance offerings in the UK, Frantic are set to host one of United’s most popular arenas with a no-nonsense programme of hard trance, hard house and hard dance headlined by Frantic favourite Lisa Pin Up. Mark EG & M Zone with MC Ribbz will pay homage to infamous rave institutions Bagleys and The Sanctuary with an exclusive, one-off hard trance set, and hard trance legend K90 will perform his new live PA ‘Reboot’. Celebrating 25 years behind the decks, hard house pioneer Andy Farley is also scheduled to appear, with further sets from Steve Hill, Lucy Fur, JP & Jukesy, A vs B Live, Ashley Waters, Wayne Smart & Jake Martin, Skol & Aaron James and Stewart T & Jon Hanley.

For those seeking to party in style, United are offering a VIP Classics arena headlined by Slipmatt – who will play an exclusive old skool house and trance set – plus a garden seating area, VIP toilets, private cocktail bar and a selection of gourmet street food.

The £17.50 first release tickets sold out in records time, second release tickets can be snapped-up for the very old skool price of just £20 for standard entry and £45 for VIP.

PUBLIC TRANSPORT
The park is conveniently located next to Finsbury Park Overground, Tube and Bus Stations.

Tube
Finsbury Park Tube Station is on both the Victoria and Piccadilly tube lines.
Buses: Finsbury Park bus station is a major hub for transport from central and North London.

Car
We strongly recommend using public transport to get to this event as parking in the area is extremely minimal and tightly regulated.

Entry Information
This is an over 18′s event only: please bring valid photo ID with you such as a Passport, Driving License or PASS card to ensure entry.
There is no re-entry on the day: once you’re in, you’re in.
Please do not bring your own food or drink: the event will have plenty of bars and food stands plus cash machines.