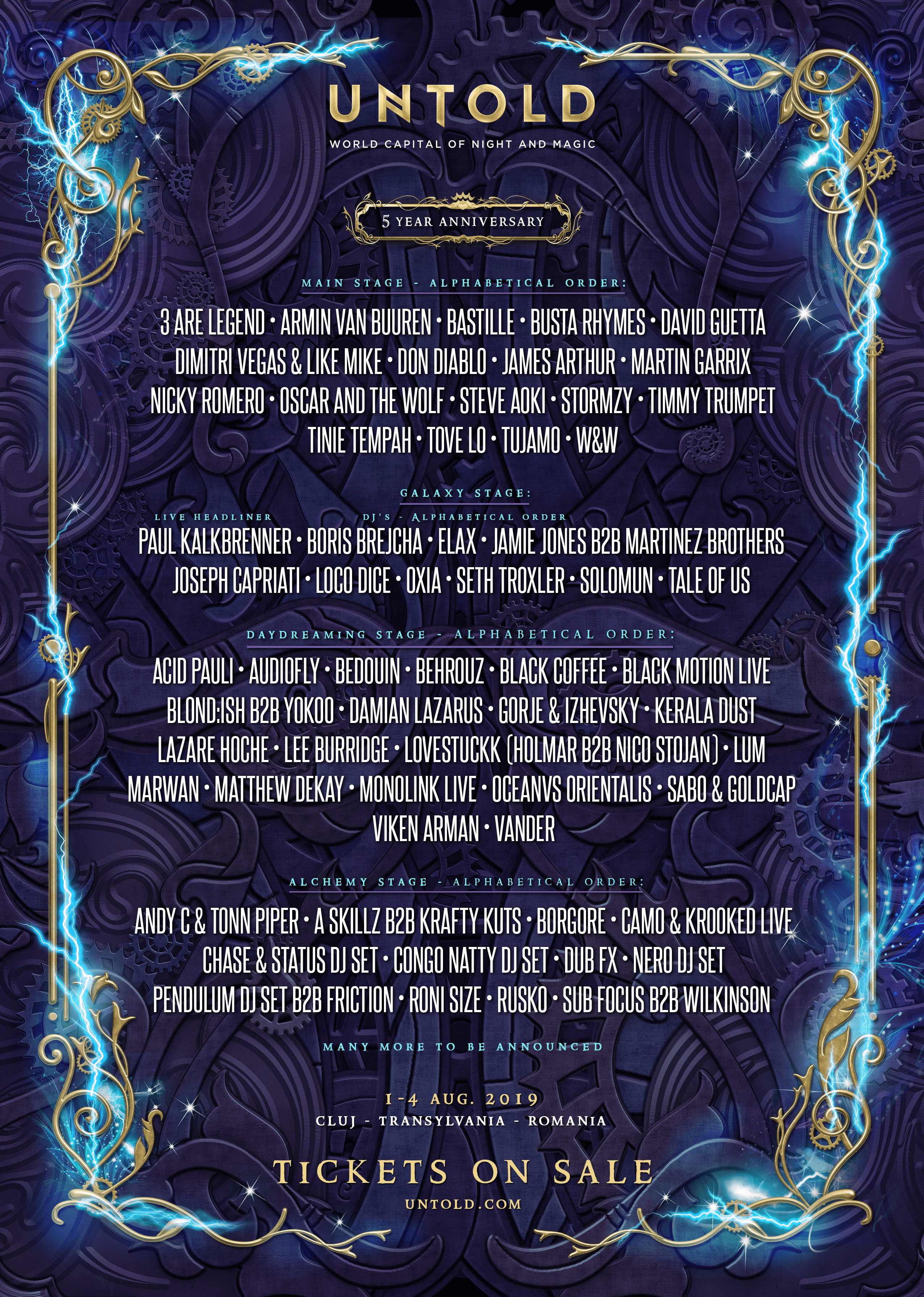 The line-up for Romania’s acclaimed dance and pop festival UNTOLD continues to grow with the addition this week of some truly enormous names.

Trance god Armin Van Buuren has played every edition of UNTOLD and this year will be no different as he brings his anthems to the main stage. Steve Aoki is back for the third year running to play a solo set and as part of 3 Are Legend alongside the big room dons Dimitri Vegas & Like Mike, with plenty of crazy drops in store. The live bill continues to impress with the addition of hip-hop legend Busta Rhymes — one of the most consistent performers in the game — and Swedish’s dark pop princess, Tove Lo. These names are added to the already impressive first wave of artists including Martin Garrix, David Guetta, Bastille and many more.

There are plenty of new additions for the underground heads too. Over on theGalaxy Stage, Paul Kalkbrenner brings his arena-sized live show, with unmissable DJ sets from Seth Troxler and Jamie Jones b2b Martinez Brothers also added.

The Forest Stage line-up has now also been revealed, with the Time Stage and Earth Spirit Stage line-ups to follow in the coming weeks. As if that wasn’t enough, even more names will be announced across all stages soon too.

4-day passes can be bought on the official website and more info can be found here.