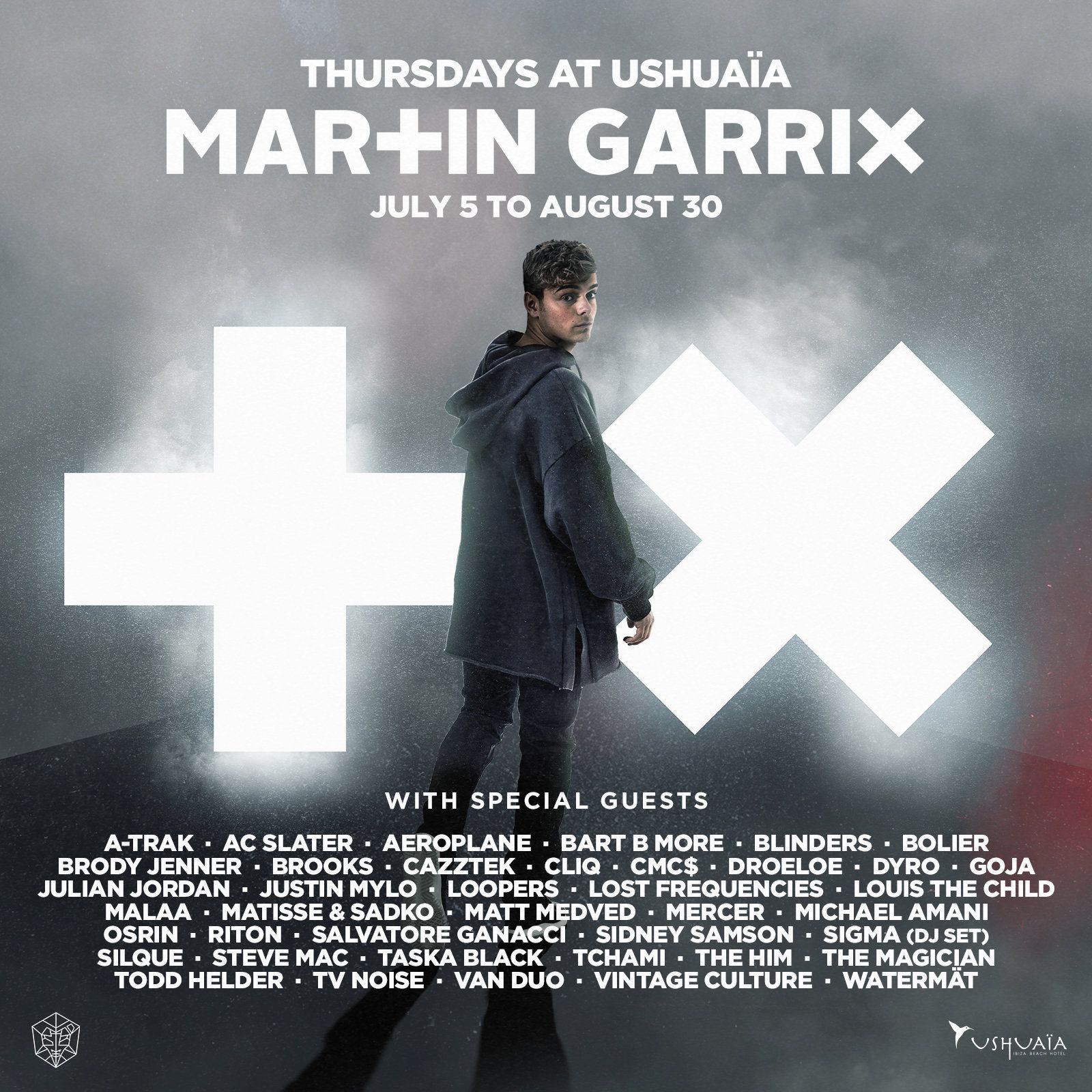 Ranked as the world’s best DJ for two years running Martin Garrix is a man who needs no introduction as he returns to Ushuaïa Ibiza this summer for what has become one of the biggest residencies on the island. The Dutch prodigy has finally revealed who will join him on the poolside stage every Thursday from July 5th to August 30th.

Assembling a collection of his nearest and dearest, Garrix has put together an impressive roster of trending talent. From firm fan favourites, A-Trak, Julian Jordan, Loopers, Lost Frequencies, and Tchami to STMPD RCRDSsuperstars Blinders, Brooks, CMC$, Dyro, Goja, Matisse & Sadko, Justin Mylo, Todd Helder and TV Noise, Thursday’s at Ushuaïa will be nothing short of spectacular. Showcasing the likes of Matt Medved, the founder of Billboard Dance and internationally acclaimed DJ, the lineup boasts industry power players that are influencing dance music in more ways than one. The full lineup with dates can be viewed on the Ushuaïa Ibiza website.

It’s easy to get lost in the numbers behind Martin Garrix’s meteoric rise – the 22 year old Dutch superstar has already set precedents and scored landmarks at every corner of the music industry. Martin has become one of electronic dance music’s youngest superstars, with his 2013 release of his smash hit “Animals” topping the charts in late 2013 at the age of 17. Just three years later, he was voted #1 on the 2016 and 2017 DJ Mag Top 100 Poll. The young producer has made Billboard’s prestigious “21 Under 21" 3 times, as well as Forbes’ “30 Under 30” list twice and GQ’s Man of The Year. In 2016, Garrix signed a global deal with Sony Music International marking his ascent into the highest reaches of the music industry. His first single for RCA/Sony Music Intl, “In The Name Of Love” featuring Bebe Rexha, amassed over half a billion streams in just 3 months and has become a massive hit worldwide. Last year he continued his wave of success and started his own record label; STMPD RCRDS, released hit singles like ‘Scared To Be Lonely’, ‘There For You’ and ‘So Far Away’ and completed residencies in Las Vegas and Ibiza.