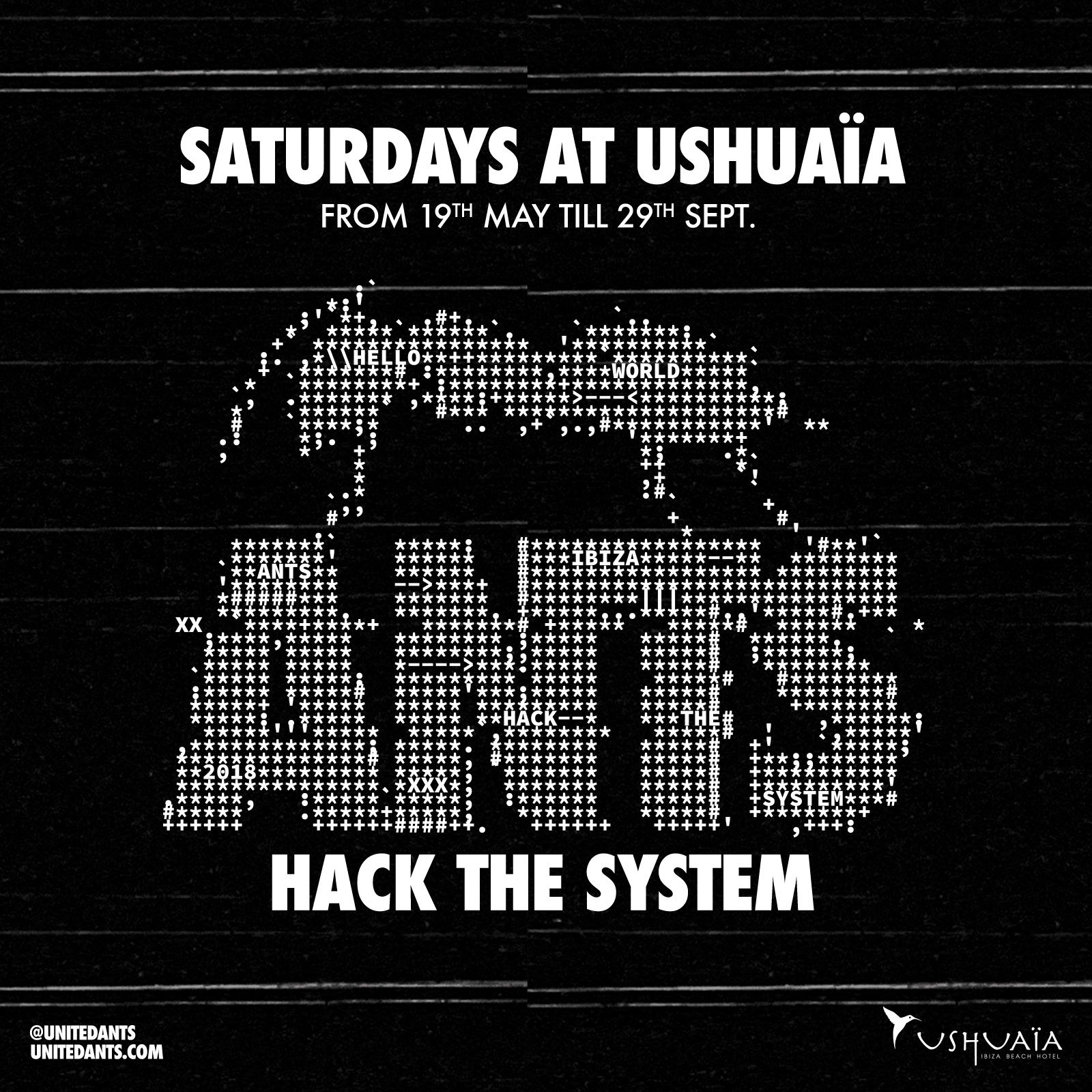 Every Saturday from 19th May to 29th September the colony will ‘Hack The System’ as they takeover Ushuaïa Ibiza Beach Hotel.

Ushuaïa Ibiza announced ANTS are officially locked in for their sixth season at the open-air club. The colony will host the highly-anticipated opening party of Ushuaïa Ibiza Beach Hotel, and are all set to ‘Hack The System’ every Saturday from 19th May to 29th September.

ANTS have been gearing up for their return to Ibiza’s most frequented club while building a huge network of supporters from across the globe. Most recently, the colony championed shows in New York, Dubai, London and Hong Kong, plus festival appearances at Tomorrowland, Extrema Outdoor, Off Week Barcelona, South West Four and We Are FSTVL.

Eager party-goers will celebrate the colony’s homecoming in the true ANTS style, with the sweet sound of house and techno, spreading an authentic underground through the Ushuaïa Ibiza Beach Hotel. ANTS bring with them a collection of the dance world’s most admired acts, upping their game once more with the full season line up soon to be unveiled.

With the party’s true home at Ushuaïa Ibiza, the worshiped ANTS shows have helped shape the worldwide reputation of Ibiza’s best open-air club. With resident buddies, David Guetta, Martin Garrix, Tinie Tempah,  Dimitri Vegas and Like Mike all performing their own weekly show, Ushuaïa Ibiza is in check for another unforgettable summer, welcoming crowds from all of the globe.

The jewel in Ibiza’s party crown, Ushuaïa’s dedication to bringing the most sought after names to their world-famous stage ensures they remain one step ahead of the game every time. Renowned around the world for their legendary poolside parties, year after year the team behind the #1 open air clubs raises the bar ever higher, with an impeccable lineup of superstar residents from across the electronic music spectrum playing from daytime to midnight. Not just content with packing their nights full of world class artists, Ushuaïa constantly outdoes itself when it comes to phenomenal productions, with a different theme each night of the week. With incredible pyrotechnics, mind-blowing lighting, visuals and a state of the art soundsystem, not to mention the beautifully designed gogo costumes, as well as an abundance of confetti, streamers and CO2, it’s no surprise people flock from around the world for the inimitable Ushuaïa experience.