Ushuaïa Ibiza Brings Back David Guetta For Another ‘BIG’ Summer 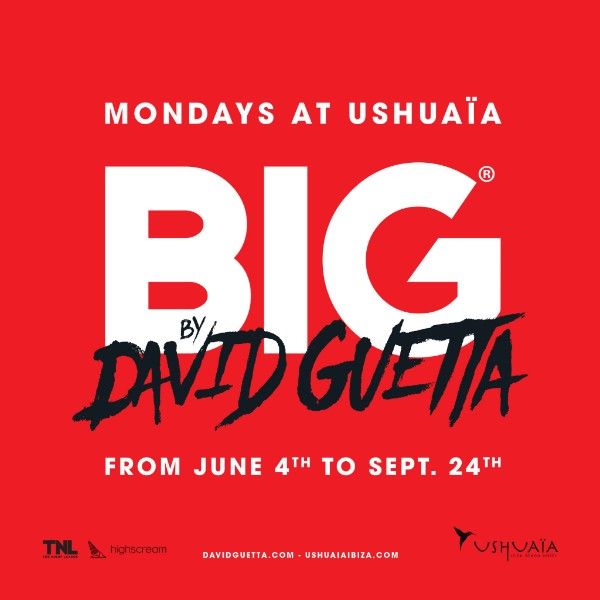 Ushuaïa Ibiza Brings Back David Guetta For Another ‘BIG’ Summer

Ushuaïa Ibiza Beach Hotel are bringing back one of their superstar residents, David Guetta, for what is set to be his biggest summer season to date at the world’s number one open-air club.

A man that needs absolutely no introduction to Ibiza’s vibrant party scene, David Guetta will be preparing for his seventh summer spent behind the decks at Ushuaïa Ibiza’s poolside stage. The perfect union, over the last six years Ushuaïa Ibiza and David have worked together to create some of the hottest parties, not just on the white isle, but the entire planet and this year will be no exception. 2018 will see David play an extended run of dates across four months, kicking off on 4th June and running right through to 24th September.

Speaking about his residency, David said: ”I’m so excited to be back at Ushuaïa with BIG for another summer season on my favorite island. I love to spend my summers in Ibiza and to play that amazing venue. It will be my seventh year working together with the Ushuaïa team and I can’t wait to return! Expect amazing lineups and a BIG production!”

Effortlessly bridging the gap between electronic and urban artists, David Guetta’s unique vision and innate ability to fuse the two worlds has seen him produce some of the hottest collaborations on the planet time and time again. He is one of dance music’s greatest superstars, a 2x GRAMMY® Award-winning international icon with global sales now in excess of 50 million albums and singles as well as over 10 billion plays at YouTube and Spotify. His extraordinary catalog includes countless #1 singles, multiple gold and platinum certifications, two GRAMMY® Awards, and the biggest social media numbers of any DJ/producer in history. His latest track Dirty Sexy Money with Afrojack, Charli XCX and French Montana has currently amassed 75 million cumulative streams and was performed live for the very first time during the 2017 MTV EMA’s. After wrapping up his 2018 Arena Tour all the way through Europe, David will gear up for the festival season and the white isle.

The jewel in Ibiza’s party crown, Ushuaïa’s dedication to bringing the most sought after names to their world-famous stage ensures they remain one step ahead of the game every time. Renowned around the world for their legendary poolside parties, year after year the team behind the no 1 open air clubs raises the bar ever higher, with an impeccable lineup of superstar residents from across the electronic music spectrum playing from daytime to midnight. Not just content with packing their nights full of world class artists, Ushuaïa constantly outdoes itself when it comes to phenomenal productions, with a different theme each night of the week. With incredible pyrotechnics, mind-blowing lighting, visuals and a state of the art soundsystem, not to mention the beautifully designed gogo costumes, as well as an abundance of confetti, streamers and CO2, it’s no surprise people flock from around the world for the inimitable Ushuaïa experience.