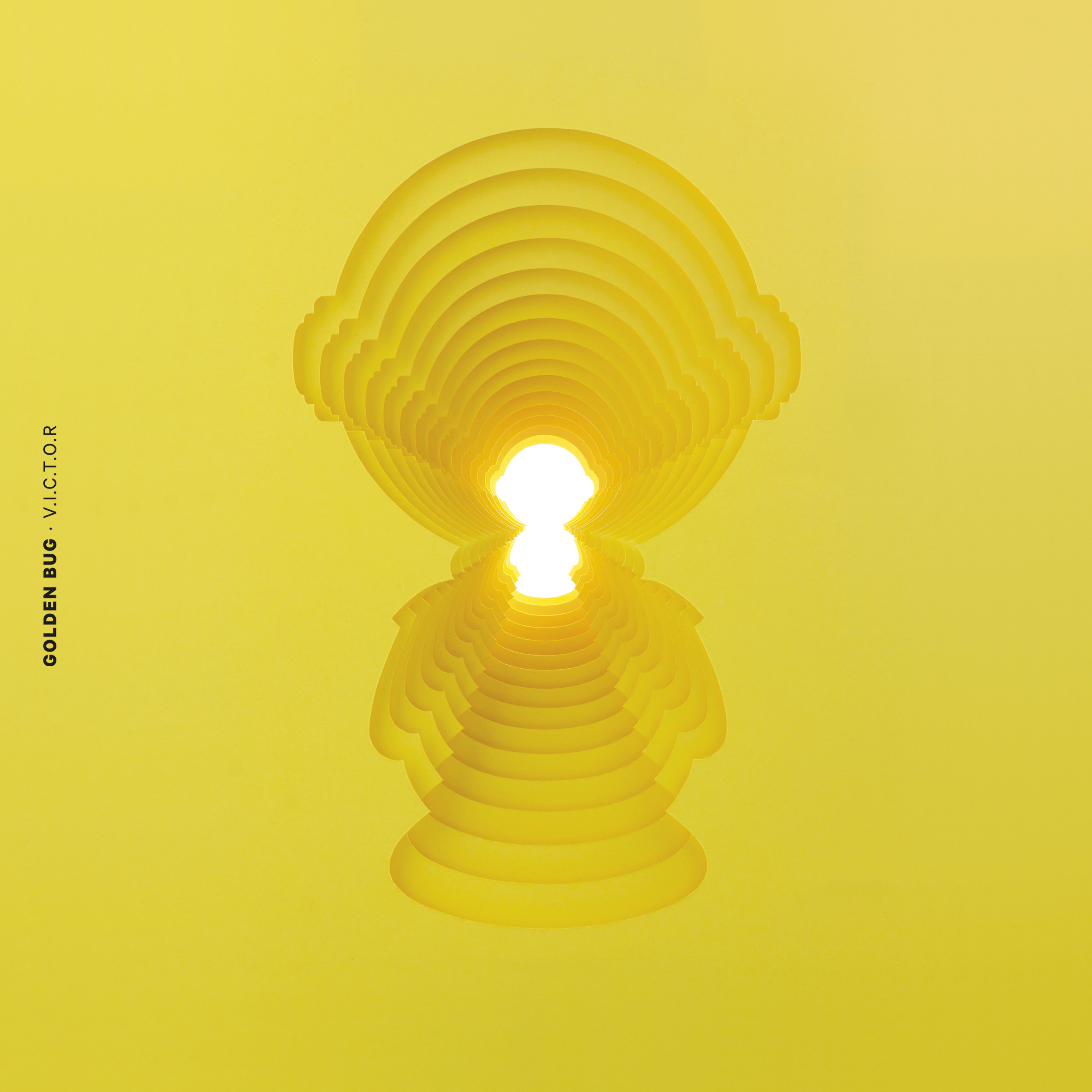 After some stunning singles already this year, Golden Bug is back with a fantastic new album, ‘V.I.C.T.O.R’. Conceived, recorded and produced in his studio in Gracia, Barcelona, the 12 track album features a series of collaborations with Julienne Dessagne, Anna Jean, Moscoman, Yan Wagner and Pajaro Sunrise.

La Belle boss Golden Bug hails from Paris and is a record producer, label owner, DJ, groove sculptor and metal sculptor who has had great solo success with singles on Gomma and has a passion for real hardware toys. His first album in 2008 got huge support from the likes of Erol Alkan and Prins Thomas, his live performances always leave audiences astounded and this new LP will surely do the same.

Say the label about this new album, which showcases Golden Bug’s disco-fried, muscular techno style, “V.I.C.T.O.R is a robot now living in Barcelona, being more intelligent than humans and just generally having a really good time. He might look cute on that cover, but he’s DEAD serious. He’s going to break your heart big time with his second album.”
And that certainly is true right from the off, because after the emotive piano opener, ‘Black Soul’ slips into a churning, menacing yet inviting groove that is deep cut and spaced out. Yan Wagner lends his vocal talents to the chunky corrugated disco of ‘Wild Boys’, ’Amazonia' pairs grubby guitars with psyched out synth squeals and previous single, the deliciously deep and dreamy ‘Accroché à moi’, features Julienne Dessagne’s wonderfully whispery vocals.
Switching up moods and grooves but always staying within a coherent robo-disco-techno framework, ‘Krokodil’ is sci-fi and freaky, ‘L’Horloge’ is another wild and frazzled, mechanical and analogue affair and ‘Dos Palillos’ is a brilliantly weird track with didgeridoo sounds and scuttling beetles scurrying into your brain. Anna Jean’s guest turn on ‘The Face of Another’ makes it an irresistibly indie licked slow burner and the final trio of tracks touch on emotive and heartbroken vocals, sliding middle eastern disco funk and the blissed out but off kilter charm of ‘Dance Macabre’ with Moscoman.

With a live show as stunning as this eclectic and essential album, Golden Bug is once again leading from the front with his unique and attractive techno sound.

The album will be available on pre-order with 3 exclusive bonus tracks available until the release date only.