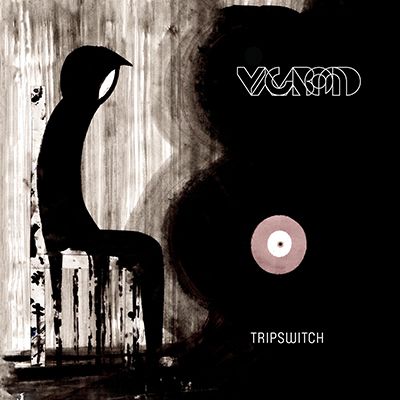 The long awaited return of Tripswitch sees this veteran of the chillout scene evolve into a producer of the finest deeply melodic, progressive house music.

Feeling in need of a fresh challenge and creative new direction after 10 years of establishing himself as one of the world’s premium chillout producers, Nick Brennan has been focused on exploring and developing a more dancefloor-orientated ethos whilst adding to his ever-growing catalogue of tracks and remixes over the past 4 years. This new album project for 2016 is the culmination of his experiments in steadily upping the tempo of his renowned live performances.

Having locked himself in his studio for many months to develop this exciting new sound into something cohesive and uniquely ‘Tripswitch’, the resulting recordings proved irresistible for Denmark’s Iboga Records, a label with an exemplary record of breaking down barriers and blurring the boundaries between the progressive trance and house scenes.

'Vagabond' is an elegant and refined collection of truly progressive house music, impeccably produced and full of the musicality and emotion that has cemented Tripswitch’s reputation and high regard within the chillout scene throughout 15 years of releases. Previous highlights have included 2 critically acclaimed albums (‘Circuit Breaker’ and ‘Geometry’) and numerous singles, EPs and inclusions on compilations from the likes of Jose Padilla (Café del Mar), Claude Challe (Buddha Bar), Nick Warren (GU, Renaissance, Balance), and Gaudi (Iboga Records), among many others. Now, in 2016, with “Vagabond”, Nick has hit upon a magic musical formula that perfectly reflects his unique chillout sensibilities and also allows him to create euphoric dancefloor moments of the highest order.

From the incredibly atmospheric opening moments of the album’s first track, ‘The Way Home’, you know this is a release that is going to pick you up and take you places. It’s an album of big moments, laden with dancefloor bombs like ‘Glass Heart’, ‘Vagaries’, ‘Big Time Line’, ‘The Left Bank’, and the aforementioned ‘The Way Home’. There’s a creative nod to progressive trance through ‘Payola’ and ‘Hulahoop’, and calmer (but no less magical) moments in ‘Divine Falsehoods’ and ‘Zoetrope’. ‘Vagabond’ is a classy collection that is sure to please both fans of Nick’s earlier work and those who are switched on to deep, melody rich, highly creative, progressive house music.

With unique and beautiful artwork by British artist Jeremy Syros Troughton, the album will be released in a variety of stylish formats – double gatefold 12” vinyl, CD digipack, and digital – along with a number of exclusive offerings via the album’s Pledgemusic campaign (full details here: http://www.pledgemusic.com/projects/tripswitch-vagabond/). Already in the pipeline, is a ‘Vagabond’ remixes project that will follow later in the year with re-rubs from Nick Warren, Be Svendsen, Emok & Vice, Ticon, Geist, Thankyou City, GMJ and more. With talent and releases like this, 2016 is already shaping up to be an amazing year for electronic music!