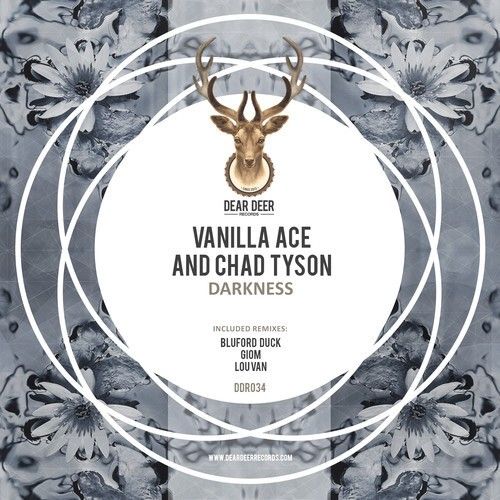 London-based Vanilla Ace has teamed up with fellow Dear Deer Records resident Chad Tyson to create the dark and driving track ‘Darkness’, out on December 15th on the label.

With dense drums, deep house vocals and a steady, building energy the production is raw and powerful, with a hint of that Vanilla Ace groove; perfect for the dancefloor well into the early hours.

The release also comes with three killer remixes from Giom, Lou Van and Bluford Duck who have all put their hand to the house tune.

Championed by Soul Clap, Jesse Rose and Seth Troxler, enigmatic Vanilla Ace has come far since storming the dance scene in 2012 with his distinctive production sound somewhere between house and disco. After a series of high charting singles on Beatport and Traxsource and stand-out remixes, the British DJ/producer’s latest offering ‘Darkness’ is sure to be a club staple this winter.

Being the prodigious force on the Ukrainian Nu-Disco and Deep House scenes, Dear Deer Records managed to preserve the sense of originality published releases and multiplicity in the talent pool, which includes such artists as Brodanse, Mark E, Kolombo, Benedetto & Farina, KANT, Vanilla Ace and many others.

Vanilla Ace and Chad Tyson ‘Darkness’ and remixes are out on the 15th December on Dear Deer Records.