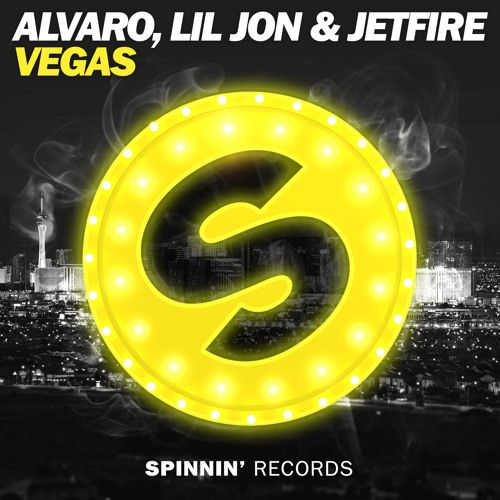 Blazing sounds from a dream team called ALVARO, LIL JON and JETFIRE, already supported by every major DJ in the scene. It’s a secret dancefloor weapon, cracking out hot electro synths and heavy beats. And you know, what happens in Vegas, is gonna blow you away!

Dutch DJ and producer ALVARO – real name Jasper Helderman – has been making his mark in the EDM scene for over 7 years by now. With a lot of killer productions on his name, such as ‘Welcome to the Jungle’ and The Underground’, he has reached the top 5 of the Beatport Top 100. His unique style and characteristic sound has gained him support from big names such as Tiesto, David Guetta, Afrojack to name a few.

More recent ALVARO released the Top 5 Beatport hit ‘Guestlist’ together with EDM-trio JETFIRE, who he now joins forces with on their newest track ‘VEGAS’. JETFIRE – comprised of Itay Kalderon, Zohar Bartov and Nicolas Mattele – have been hitting the Beatport charts by storm since their start in 2014, with tracks such as ‘Brazil’, Guestlist’, ‘Boombox’ and this year’s release ‘Feel’. In less than 2 years they are touring around the globe and receiving major support by industry heavyweights Tiesto, Hardwell, Dimitri Vegas & Like Mike and more.

Completing this dream team, multi-platinum, Grammy award winning artist LIL JON also teams up on ‘VEGAS’. Well known for, among others, the smash hit ‘Turn Down For What’ together with DJ Snake and crafting many groundbreaking hits for a diverse array of artists such as Usher, Ciara, The Ying Yang Twins and E-40. LIL JON also worked together with artists suchs as will.i.am, Miley Cyrus, Britney Spears, Jennifer Lopez, Travis Barker and as an artist sold millions of records as the frontman of Lil Jon & The East Side Boyz.

The original vocal idea for ‘VEGAS’ came around 4,5 years ago. Back then ALVARO contacted LIL JON to meet him in a hotel in Germany to have a studio session together and record as much vocals as possible. One of the takes was “only in Vegas”, which ALVARO found years after recording it. The dream team is very happy with the end result. “We’ve been working on ‘VEGAS’ for a very long time, but the good thing about that was that we really made it perfect to our taste.”, explains ALVARO.