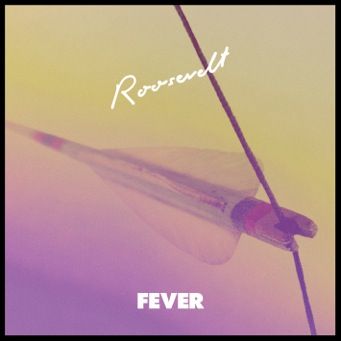 Justus Köhncke, the hugely respected and much loved German producer, maintains the ebullient effervescence of the original, but slows it down and dubs it up, creating an irresistible modern take on 80s boogie.

"Justus Köhncke has always been a key figure of the electronic scene in Cologne, so I'm psyched to release this remix. The way that he has mixed up techno with a pop appeal – right back to in his first releases with Whirlpool Productions – gave me an understanding of how blurry the lines between these genres can be.” Roosevelt

The self titled album ‘Roosevelt’ showcases Lauber as a fully developed recording artist, with an instinctive synthesis of different soundscapes. This is a record with a deep affinity to the dance music world unified with sophisticated, classic song structures. His signature hazy sound is still present and correct – but this time it’s honed, crafted and less loop based.

Influences span continents and decades – from a pinch of French electro pop,  a smattering of LA yacht rock, the hypnotic repetition of German pioneers like Ash Ra Tempel/Manuel Göttsching, and Neu!, to classic floor-friendly 80s pop from Chic, Talk Talk, and New Order.   Nu school figureheads like Floating Points, Todd Terje and Metro Area are also partially audible – all weaved into his own unique sonic tapestry.

Roosevelt’s growth was catalyzed by an early DJ residency at Kompakt’s Total Confusion party alongside Superpitcher & Michael Mayer, with the label also releasing an early remix of his for COMA. These experiences helped Lauber realize how dance music connects to its audience in a different way to what he'd experienced from earlier days spent performing in bands. “What I really enjoyed about DJing was that you could see the results immediately – there was feedback and interaction from the crowd”, he explains.

Following this nightclubbing baptism, his career as an electronic artist gathered momentum. With praise from a selection of tastemaker media, mixes for Boiler Room, Electronic Beats and i-D, support tours with Hot Chip and Totally Enormous Extinct Dinosaurs and a litany of high-profile festival slots around the world, Lauber steadily built up a dedicated following.

Written, recorded and produced by Lauber over a period of two years. ‘Roosevelt’ the album is a pillow-soft hallucinatory dreamscape of nocturnal reveries and a lilting sense of melancholia, where sounds build and swell like waves. Don’t lose the fever……