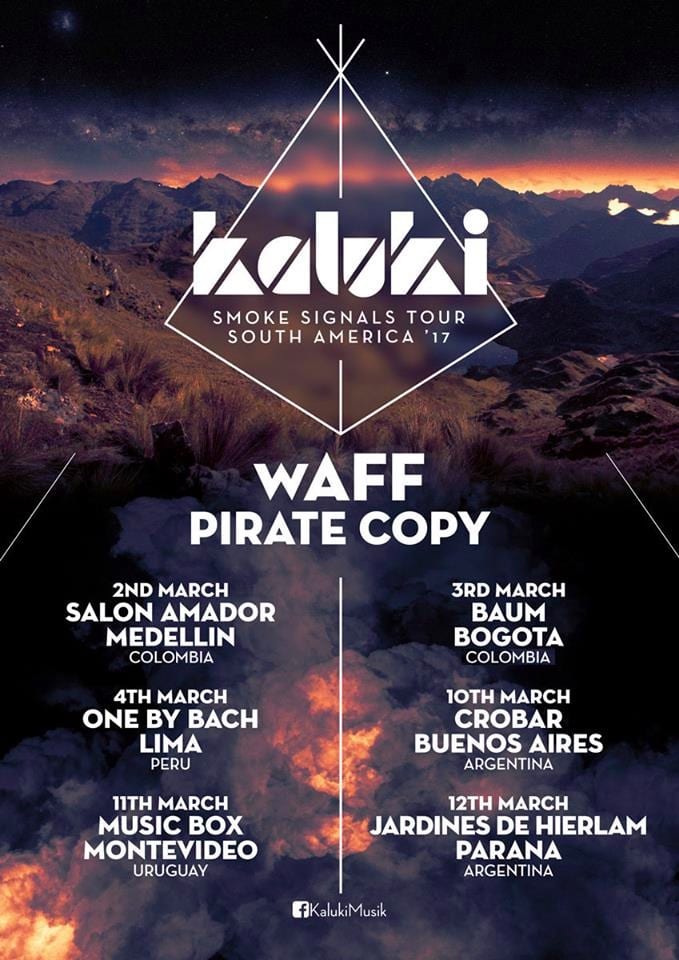 wAFF is embarking on his most extensive tour of South America to date this March.

The Drumcode, Cocoon and Hot Creations affiliate will be kicking the tour off returning to Columbia to play two dates at Salon Amador in Medellin and Baum in Bogota. He’s also making his Peru, Argentina and Uruguay debuts at respected venues Voce, Crobar, Montevideo Music Box and Jardines de Hierlam, headlining each party for well-known promoters Kaluki. A strong believer in spirituality, wAFF will also be making use of his time in South America to embark on a three day Inca trail to Machu Picchu.

Over the course of just a few years, wAFF has worked his way up from upcoming talent to an internationally-touring ubiquitous presence in the underground scene. Affiliated with a number of labels and events, his warm nature and hardworking ethic has seen him win legions of fans both on the dancefloor and within the industry. In addition to his jam-packed European schedule, wAFF has completed tours across the US and Australia.

Moving into 2017, wAFF has already lined up a huge number of dates, including a gig at the newly reopened fabric and the Resistance stage at Ultra Miami. He’s looking forward to making his Desolat debut with an EP due out early in the year, with an EP for Drumcode also in the works. Don’t miss the chance to catch this talented producer and DJ on this new South America tour.