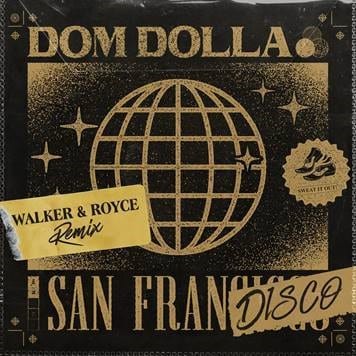 ARIA nominated Melbourne producer Dom Dolla has solidified his status as one of Australia’s leading dance exports with the release of ‘San Frandisco’. Already a huge success the world over, Dom now passes the torch to Brooklyn stalwarts Walker & Royce who have put their own unique wonky tech house touch on the already bass heavy tune, with early support from industry heavyweights Claude Vonstroke and Chris Lake.

Walker & Royce have become renowned across the globe for creating energetic and diverse tech house records, with releases on noteworthy labels, Dirtybird, Club Sweat, etcetc, Diplo’s new label – Higher Ground. With a slew of successful releases under their belt, the duo have teamed up with Chris Lake for the release of their 2018 EP ‘Close Your Eyes’, and earlier this year hitting #1 on the Beatport chart with the impressive single ‘Word’.

‘San Frandisco’ has already become a certified hit, reaching #39 global viral chart, entering Shazam charts across Australia, New Zealand, UK and Europe and amassing 4 million streams across platforms to date. The tech house anthem has garnered key tastemaker support from the likes of Diplo, MK, Sonny Fodera, Danny Howard, Pete Tong, MistaJam and Billboard. The release backs up the success of his 2018 single ‘Take It’, which spent 16 weeks at the top of the ARIA club chart and led the Melbourne producer to being crowned one of a ‘Future Star of 2019’ by Pete Tong and Billboard Dance title of ‘One to Watch’. 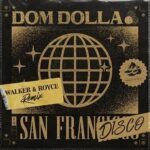