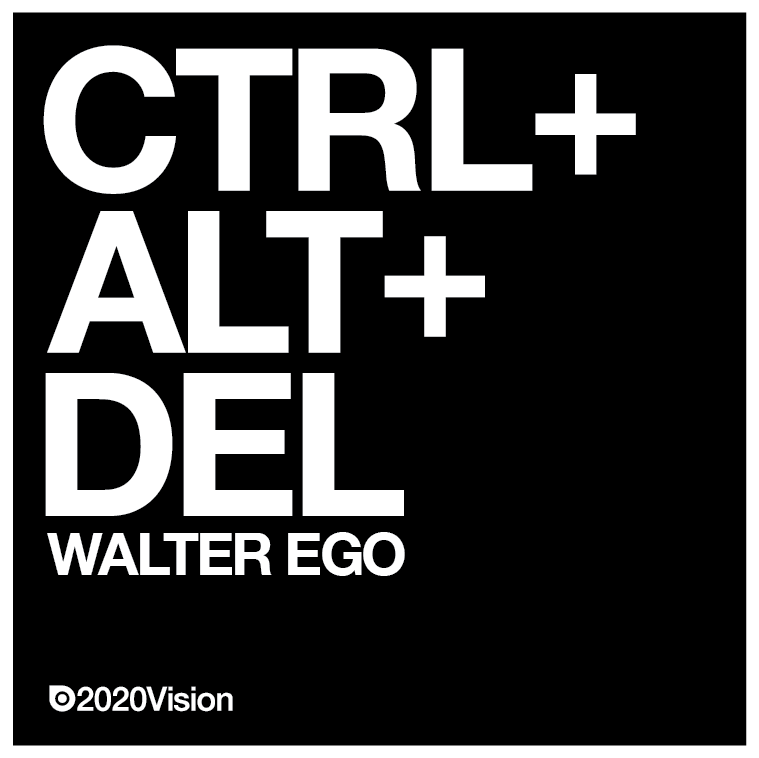 The 2020Vision label will release some fresh material from rising British artist Walter Ego this September, entitled ‘CTRL + ALT + DEL’ and backed with a remix from PBR Streetgang.

Sheffield, UK based producer Walter Ego, better known to his friend’s as Josh Gregory, has steadily become one of the finest exports of bass heavy UK house music over the past few years, having racked up releases on reputable imprints such as Toddla T’s Girls Music and Kerri Chandler’s MadTech Records, while seeing support from the likes of DJ Q, Sneak and Mr.G along the way. Here we see Gregory add another leading imprint to his affiliations with this fresh material for the ever on-point 2020Vision label.

Across the ‘CTRL + ALT + DEL’ EP we see Walter Ego present his signature rough and ready house style, yet with the original mix of ‘CTRL + ALT + DEL’ we hear Gregory present a more contemporary pop appeal in the record contrasting his former singles. Fusing an amalgamation of soulful vocal lines, chuggy bass hooks and hypnotic atmospherics Walter Ego creates a classy modern house number with a widespread appeal. Gregory also offers up a ‘Dub Mix’ in the package, doing exactly as the name would suggest and reshaping things into a rugged instrumental-led version.

Following is a rework of ‘CTRL + ALT + DEL’ from hotly tipped Hot Creations duo PBR Streetgang, who turn in a more understated take on the original cut, laying the foundations with ethereal pads and filtered vocal chops, while taking a more stripped-back approach with the percussive elements to allow the gritty saw-wave bass hook to shine through radiantly.

Then, closing the package are two more original from Walter Ego, the first of which, ‘Project’, veers things into more old school territories, with its meandering New-Jersey House tinged bass hook, dusty, swinging drum sounds and tripped-out vocal murmurs. While last up on the package, ‘The Pattern’, showcases a darker edge to Gregory’s productions, employing low-pitched vocal licks, expansive reverberations and glitched out rhythms to create a brilliantly unique track to round off the original content.