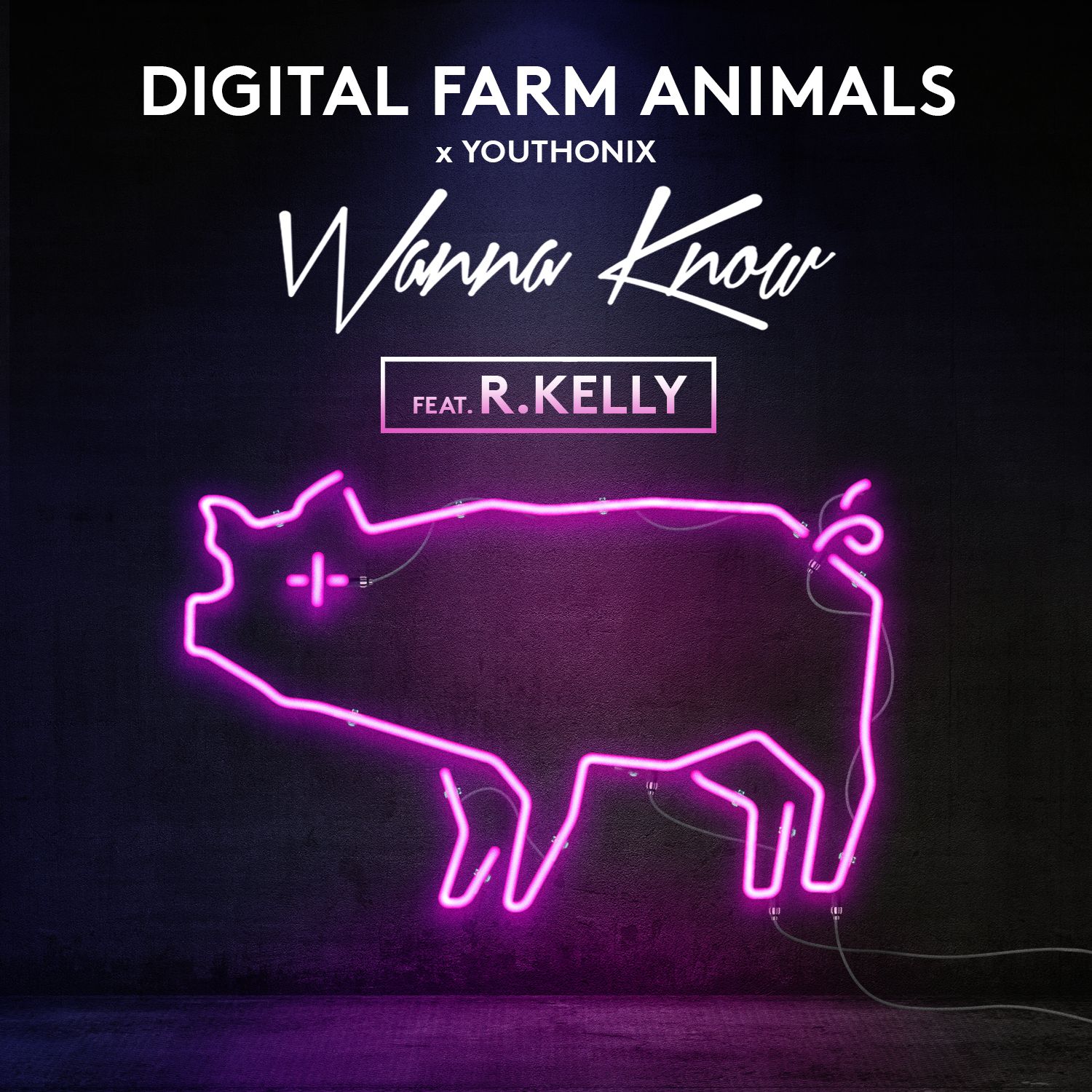 Landing whilst Digital Farm Animals is aloft on the successes of work with Netsky, Dua Lipa, Louis Mattrs and more, ’Wanna Know ft. R Kelly’ is the latest venture from an artist looking forward from a great vantage, the latest of London’s low-key producers to storm out from the shadows. Now the likes of Majestic, Crookers, Jay Prior and rrotic have all come on board to support Wanna Know, creating their own reworks of the original.

A renowned vocal artist of the last 25 years, R. Kelly has released 12 solo studio albums, sold over 100 million records worldwide and has countless music awards under his belt. Bringing his smooth vocal to the summery, 2-step sheen, R. Kelly and Digital Farm Animals have effortlessly merged UK House Music with a dusting of classic R&B.

Young electronic producer, writer and artist from London, Digital Farm Animals is no stranger to the club circuit. Influenced by eighties synth-funk, classic house and disco, DFA is slowly building an extensive body of work. Previously collaborating with Netsky, Alex Newell, Dua Lipa and MNEK he has also shown strong remixing capabilities with his remarkable remix of Amy Winehouse’s ‘Stronger Than Me,’ the first and only rework ever approved by her family since she passed away. He has also provided remixes for the likes of Icona Pop, Lily Allen, K Stewart and more.

DFA’s debut single ‘True’ surpassed a million Spotify plays and half a million views on YouTube. He was also the featured vocalist on Netsky’s ‘Rio,’ used in the soundtrack for the London New Year’s Eve Fireworks display. British icon Elton John also listed ‘Rio’  in his ‘Top 15 Tracks to Listen to Now’ in the Sunday Times. Upcoming projects include work with Galantis, Anne Marie, Cash Cash, Will I Am and more.