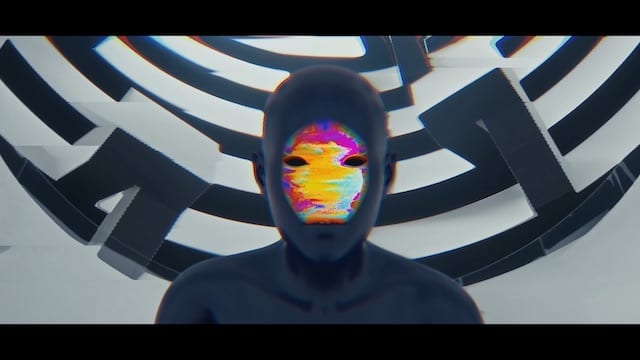 The futuristic visuals focus the gender-fluid character played by dancer Elie Autin, who gets infected by a virus through their phone. Absorbing into their skin, the virus evolves from glitches into becoming a weird creature taking full control of the character’s body.

“We only develop as human beings when we leave ourselves open to be influenced by the external world”, explains the band talking about the concept behind the video.

Directed by Creative Directors Erika Marthins, known for her critically acclaimed work on augmented food, which was featured on Wired, Dezeen and Next Trends and Sara Mai Olsen, whose clients include Coca Cola, Martell and Lufthansat – the video VFX effects were created by forward-thinking Berlin creative agency Selam X, who also created the CGI animation for Nike, the AI Kylie Jenner cover for Dazed Beauty, an AI-generated music video for Rammstein Frontman Lindemann, as well as second-skin face filters that saw Esmay Wakeman’s masks enter the digital realms for Sleek Magazine. Talking about the work behind creating the video, Erika Marthins said: “the virus is a full 3D character developed using a feminine base model. The Face filter was inspired by Airports’ infrared thermal scanners used on passengers to detect elevated body temperature and possible viruses. The technology uses heat-sensing abilities that will turn you into a heat map on a computer screen. We found the aesthetics very interesting to apply to a face filter. “

Phlake blew up with their 2016 debut album, ‘Slush Hours’, landing a placement in the Top 20 Danish Album Chart and winning five Danish Grammys, including ‘Best Danish Album’ and ‘Best New Danish Artist’, and was awarded ‘Best Album 2016’ by Apple Music, ending up being certified double Platinum in Denmark. Their 2017 album, ‘Weird Invitations’, garnered millions of streams, also certified double Platinum, produced the biggest hit on Danish radio in 2018 with ‘The Rascal’. One of the fastest rising acts to come out of Denmark in recent times, the duo gained international praise from publications such as Complex, who commended the band “knack for cinematic R&B production”, The Line Of Best Fit, Earmilk, Vice and i-D. 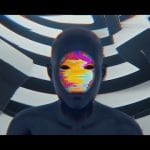