WE ARE FSTVL 2015 STAGE PARTNERS REVEALED 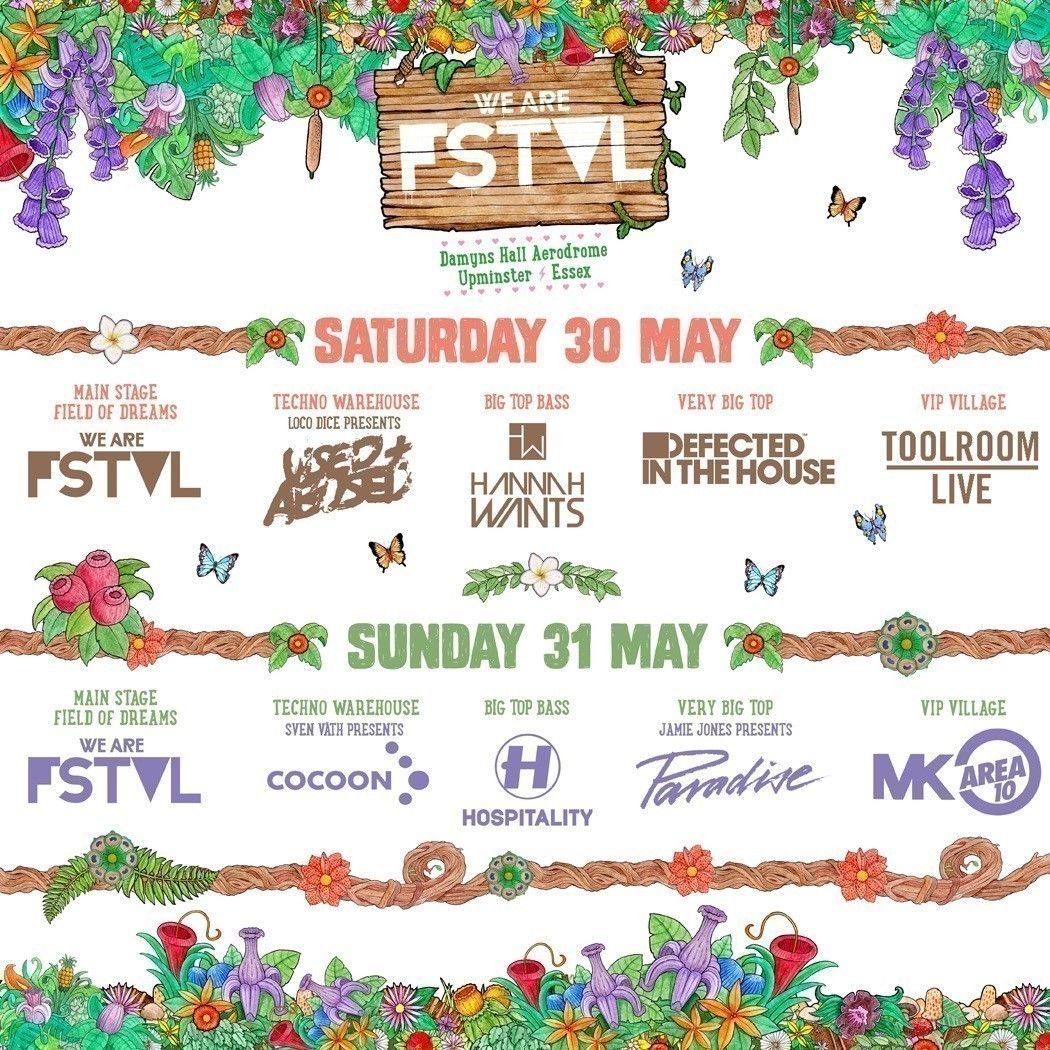 WE ARE FSTVL 2015 STAGE PARTNERS REVEALED

Award-winning UK dance festival We Are FSTVL returns to Upminster, Essex on Saturday 30th and Sunday 31st May 2015 to showcase the latest and greatest innovators from across the dance music spectrum. Gaining international recognition after only two years on the scene, We Are FSTVL are proud to announce their 2015 official stage partners. Next year’s edition will feature a host of leading dance labels and powerful clubbing brands including We Are FSTVL, Cocoon, Defected In The House, Toolroom Live, Hospitality, Paradise, MK Area 10, Hannah Wants and Used + Abused.

Boasting crowds of over 30,000 people across the two day event, 2014 featured a world-class line-up with the likes of Richie Hawtin, Sven Väth, Fatboy Slim, Disclosure, MK, Knife Party, Luciano, Amine Edge & Dance, Duke Dumont and Jamie Jones all making appearances. Not one to rest on their laurels, We Are FSTVL have ambitious plans for their next edition with 2015 set to be the most spectacular to date.

Once again playing host to the flagship main stage across Saturday and Sunday, the We Are FSTVL  stage will showcase everything that the festival stands for: the best DJ talent in the world, spectacular production and a once in a lifetime experience for all. Located in the aptly named Field of Dreams, 2014 featured Fatboy Slim, Solomun, Disclosure and Annie Mac, so expect even bigger things for the 2015 line-up.

2015 Saturday Stage Breakdown
The first of many new additions to the field of dreams is Loco Dice’s Used + Abused party, its debut appearance at a UK festival since first launching in Ibiza in 2013. For more than a decade, Loco Dice has been at the very forefront of underground electronic music, and his Used + Abused party promises to explore the darker corners of the festival’s techno warehouse.

Another first for 2015 comes from lady of the moment Hannah Wants, the face of Saturday’s Big Top Bass stage. Over the last three years, Hannah has risen to the centre of a scene that is fast becoming global and is certainly no stranger to headline slots, after gaining worldwide recognition for her summer residency at Amnesia in Ibiza and countless sets at a number of major UK festivals in 2014. With her latest collaboration alongside Chris Lorenzo, ‘Rhymes’, set to cause serious heat on UK dancefloors, Hannah will ensure that the We Are FSTVL party never stops.

After 10 years in the game, Mark Knight recently unveiled his latest clubbing concept in the form of Toolroom Live, which takes over the festival’s luxury VIP village stage. Focusing on credible and quality house music, Toolroom Live is an exciting development in the label’s history and with a new core artist roster, We Are FSTVL is proud to be part of its journey.

Defected In The House will once again host their own stage after receiving incredible reactions in both 2013 and 2014. After celebrating their 15-year anniversary this year, Defected has successfully carried house music’s legacy into the 21st century as an institution for generations of music lovers and clubbers worldwide. With the new, Very Big Top serving as their home for the day, Defected are sure to impress with an a first rate line-up of exciting house talent.

2015 Sunday Stage Breakdown
A firm favourite since the festival’s debut, world leading electronic brand Cocoon will return to We Are FSTVL on Sunday 31st May – led by the undisputed figurehead of German club scene Sven Väth – and will now feature as part of the festival’s techno warehouse.  Since its inception in 1999, Cocoon’s universally recognised brand of techno has welcomed thousands of faithful followers and remains a perfect fit for We Are FSTVL.

Reflecting the festival’s diversity, Hospitality is also back by popular demand to deliver a high-grade drum & bass experience in this year’s Big Top Bass Arena. The worldwide club event of drum & bass imprint Hospital Records, Hospitality has grown to become a key part of the scene’s fabric and is guaranteed to showcase the best in heavyweight producers, DJs and MCs.

Also returning to We Are FSTVL and playing host to Sunday’s Very Big Top, is Jamie Jones’ Paradise. After its launch back in 2012, Paradise has become the stand out residency of the Ibiza season, showcasing the latest and greatest in underground house and techno. With a seemingly endless list of world-class DJs, Paradise is set to deliver another hedonistic and memorable musical experience to We Are FSTVL.

Returning to the VIP Village for 2015 is MK’s Area 10, as his influence as a house pioneer continues well into a third decade. Renowned for his bouncy, peak-time groove, punchy drums and clever vocal samples, Marc Kinchen’s productions are at the heart of the biggest renaissance house music has seen in a generation. Having debuted his ‘Pleasurestate’ project with Lee Foss and Anabel Englund exclusively at We Are FSTVL this year, MK’s stage at next year’s festival is set to be even bigger and better than ever before.

With the line-up still to be revealed, this year’s We Are FSTVL looks set to firmly establish itself as a major player in global dance culture.