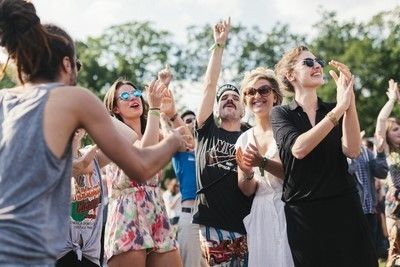 Last minute tickets are on sale for WE LOVE GREEN, the pioneering Parisian festival that from 30-31 May sees the likes of Django Django, Lapsley, Daniel Avery, Redinho, Sophie, Ben UFO and Citizens! take centre stage in the natural surrounds of the French capital’s Botanical Garden.

A limited number of day tickets have been made available for EUR 42,90, while the final few two-day passes are up for grabs and going fast at just EUR 75,00 on welovegreen.fr and digitick.com

WE LOVE GREEN also gives festival-goers the chance to get back to nature in the European Week for Sustainable Development and swap ideas with leading activists, NGOs and social entrepreneurs. In a first this year, the cultural project has created ‘The Think Tank’, a 500-capacity clearing amid the greenery where people can use HD translation sound helmets to tune into eye-catching projections and thought-provoking documentaries, interviews and roundtables.

Projections include ‘The Salt of the Earth’ following the emotive work of photographer Sebastiao Salgado, and ‘Sacre Croissance!’ (Sacred Growth!) by investigative journalist Marie‐Monique Robin who explores the transition to a post-growth society. Documentaries include ‘The Climate Blueprint’ by Ruth Chao & Fran X. Rodriguez that sums up 40 years of international climate negotiations ahead of COP21, which takes place from 30 November to 11 December 2015.

Under 12s get free entry to the family-friendly festival which caters for 200 children each day in the newly renovated Parc playground. Activities running in collaboration with l’Atelier des Enfants include games, story-telling and arts and creative workshops in a safe and secure environment.

In keeping with its values, WE LOVE GREEN has published its own charter on renewable energies, waste, recycling, responsible catering, recovery of uneaten food, water supply, collaboration with the circular economy actors and associations, and carbon offsetting.

Tickets and full details are available at welovegreen.fr