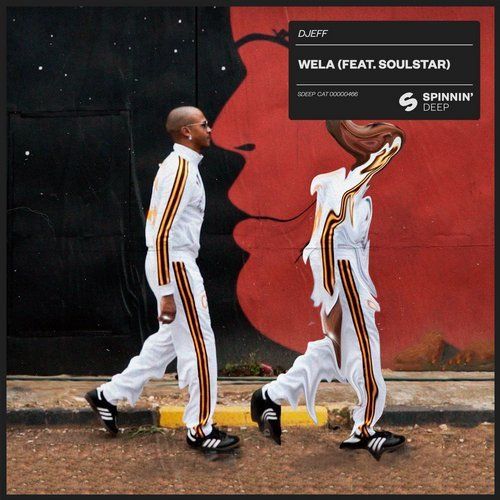 Shot on location in and around Kampala, Uganda, where DJEFF was performing as part Major Lazer'sAfrican tour, the Seagmedia directed video takes us on a colourful and high-energy journey through the city’s township, set to stunning choreography and breathtaking urban backdrops.
The video showcases DJEFF as an artist very much in touch with his African roots with the electronic beats, a nod to his European upbringing.

On teaming up with Soulstar for vocal duties:

“I've been a huge Soulstar fan for a long time,” adds DJEFF. “I was working on this track and I had the idea to get a sweet vocal that communicated with the electronic elements all over the track. I invited him to collaborate and he got crazy with the instrumental. After a few days, he sent me the demo!”

The tracks title ‘WELA’ has been taken from Zulu, the translation of which means ‘Crossover’; a fitting word  for DJEFF’s aim to deliver love, peace and happiness to the world via his creative output.

“I travel around the world and meet so different people, but the love of music with real soul is always mutual. I had to make something with some electronic elements but with spiritual vocal vibes that gonna stuck in your ears.”

Influenced by his African roots from an early age, DJEFF soon fused his heritage with his love of electronic music, inspired by acts like Daft Punk and Armand Van Helden.

Since then, DJEFF has gone on to create his own label – Kazukuta Records – performed a storming set for boiler room in Lisbon and appeared on line-ups for some Europe's’ biggest clubs, including Berlin’s Watergate and Paris’ Rex Club. Most recently he delivered a stunning set alongside Black Coffee (and a 24 piece orchestra) at the ‘Africa Rising’ event.