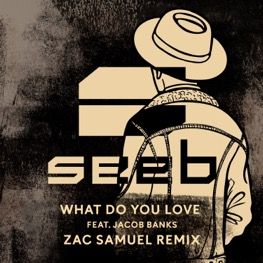 Norwegian trio Seeb have released a new official remix of ‘What Do You Love’ after the original single’s success earlier this year.

Brighton-based producer Zac Samuel remixes What Do You Love into an upbeat track with a piano-led melody and chopped vocals. Zac Samuel is known for remixing for the likes of Years and Years, Kiesza and the UKG classic Tina Moore’s ‘Never Gonna Let You Go’.

The original version of ‘What Do You Love’ was debuted live at the Hollywood Bowl in Los Angeles, and has since amassed over 18 million plays on Spotify alone.

Seeb is made up of Oslo-based artists Simen, Espen and Nick who had previously been working as individual producers and songwriters with several chart-topping tracks under their belts. Releasing their first remix under Seeb in 2015, they soon had a Hype Machine #1 with Kiesza’s ‘Cut Me Loose’ followed by a remix of Mike Posner’s smash-hit ‘I Took A Pill In Ibiza’ which took off on steaming platforms, giving the trio international traction almost overnight. Their debut original single from earlier this year, ‘Breathe’, built on the remix’s incredible success. Having built up global recognition, Seeb had a busy year of touring at some of Europe and the US’s biggest clubs and festivals.