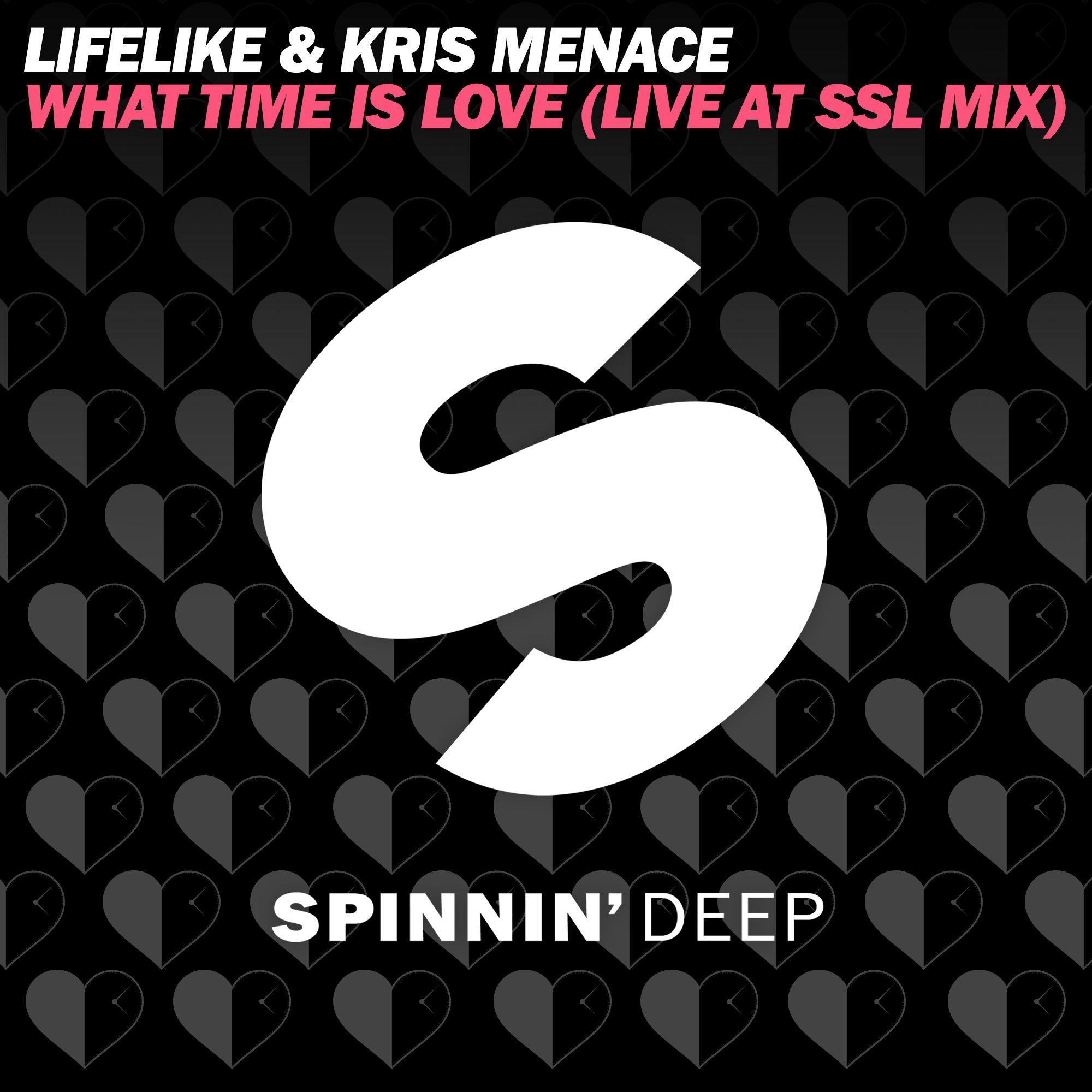 French DJ/producer Lifelike and German artist Kris Menace have created one of this season's most impressive anthems, reworking the classic KLF 90s hit 'What Time Is Love' into an overwhelming dance floor gem. After massive DJ support, it's out now through Spinnin' Deep.

Both Lifelike and Kris Menace have been at it for a while now. Born Laurent Heinrich, French DJ/producer Lifelike has worked up quite a discography by now, releasing his music since the early 00's on (Parisian label) 20000st, Pias, (Moby imprint) Little Idiot, Vulture Music and many more.

Meanwhile, German producer Kris Menace surfaced the scene in 2005, after working under several guises since the 90s. From then on, he's released his music on several labels (including DFA, Size, Pias and Permanent Vacation), making name with a cool blend of nu-disco, techno and house sounds.

One of their milestone hits was scored with 'Discopolis', a big summer house track and certified Ibiza anthem round '05/'06. A few years later this was followed up by another successful collab, aptly titled 'Discopolis (Part Two)'.

Earlier this year, the duo returned with 'Ecstasy', bringing back an oldschool acid house vibe dating back to the house scene in Manchester's renowned Hacienda club late 80s/early 90s. Speaking of that era, the guys have now continued their quest with a big remake of one of the biggest tracks of those days..

'What Time Is Love'
A favorite act of both Lifelike and Kris Menace, the KLF album 'The White Room' was one of the first dance albums they bought. 'A masterpiece', as they call it, so being allowed to rework one of its biggest tunes 'What Time Is Love' was the duo's longtime dream.

Which turned out amazing. The track recently went round as an ID, gaining massive DJ support from the likes of Carl Craig, Joris Voorn, Tensnake, Nicole Moudaber, James Zabiela, Secret Cinema, DJ Hell, Armand van Helden, Noir, Technasia, Yousef, The Magician, Junior Sanchez, Ivan Smagghe, MJ Cole, Busy P, Gorgon City and many more. Conquering festivals as well as creating a momentum at the Ibiza isle, 'What Time Is Love' continued to wow crowds after the artists behind it were revealed – and now it's officially out through Spinnin' Deep.