The Analog Session - When Machines Get Funky 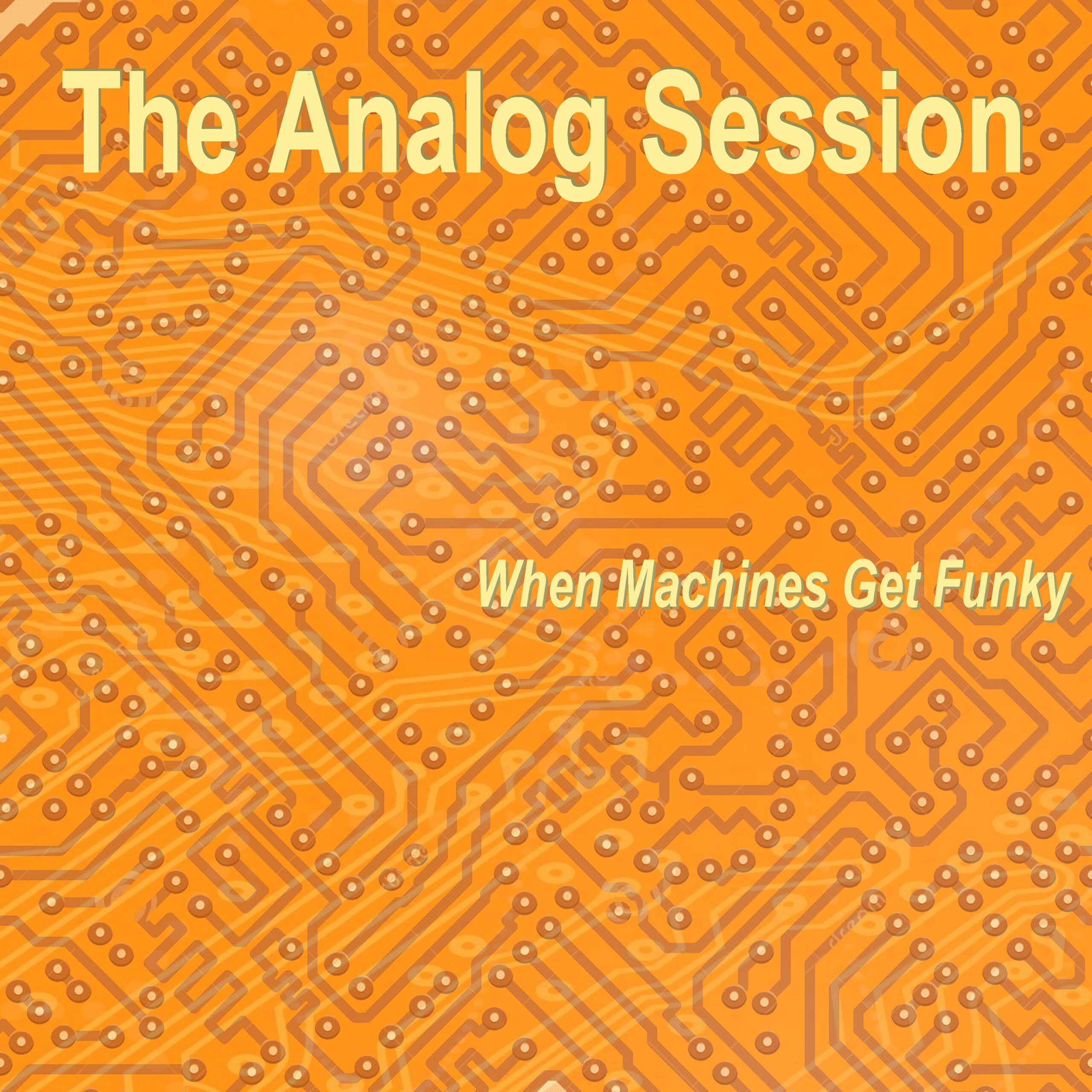 The Analog Session - When Machines Get Funky

These tracks by The Analog Session (Alexander Robotnick & Ludus Pinsky) are derived from some improvisations recorded at Robotnick’s studio in Summer 2018.  In the editing, the most significant parts were saved; others were cut out to give shape to 7 tracks where improvisation plays the main role while adjusting into a dance structure.  As usual it’s Modal music where the continuous variation in tone-colour leads to a hypnotic state.  Fluid, but also dramatically metronomic music.

Growing out of the history of electronics they humbly contributed and feel they belong to, here and now.  There’s no need to stress the analogue origin of most of their sounds.  You can immediately feel it: analogue synths produce a kind of sound, which although synthetic is perceived as real and therefore the emotions it gives (if any) are much deeper.  Two tracks already released on 2015’s ‘Black Ground’ are presented here with a new look.  “They sound different every time we improvise them live.  The versions presented on this EP come from a summer night in the studio while rehearsing before a concert.  On that occasion we wrote the sequences of 3 new tracks ‘Actung Asteroid’, ‘When Machines Get Funky’ and ‘Traveling To The Hidden Space’ upon which we improvised in a couple of takes together.  We then added to the project some tracks made with traditional overdubbing in studio production style: ‘Until Emergency Is Over’ and ‘Burning Sun’.” explains Robotnick.

‘Intermezzo’ is a bonus track.  It’s an improvisation by Ludus Pinsky where he exclusively used the modular synth he put together himself.  It’s pure analogue electronic music for die-hard fans of that sound.

The Analog Session’s style can be labelled as Funky Techno.

Alexander Robotnick, well known for his track ‘Problems d’Amour’ released during the early ‘80s Italo Disco age, boasts a fairly broad music experience ranging from Electro Disco to Rock and World Music, Ambient and soundtracks, as making music has been his sole job and passion.  The same applies to Ludus Pinsky who has experimented with Punk, Reggae and Ambient in the past.  Their multi-faceted music background inevitably impacts their current work, which is further enriched by The Analog Session long time familiarity with improvisation.