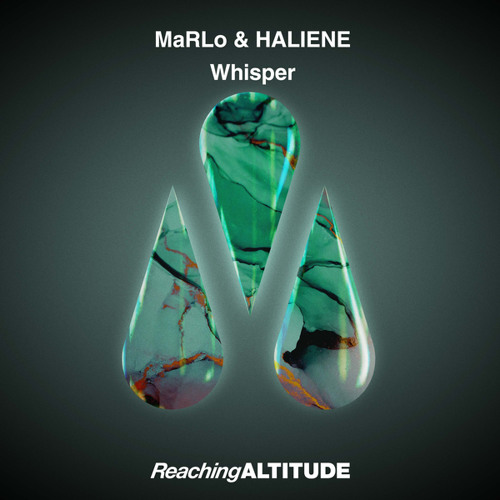 When you put one of Trance’s elite acts into a studio with one of the genre’s most esteemed singer-songwriters of the moment, something magical is bound to ensue. In the case of Australian Trance titan MaRLo and L.A.-based star HALIENE, it all came together in a beautiful, emotion-laden track: ‘Whisper’, released on MaRLo’s Reaching Altitude label.

Immediately striking a chord in listeners, MaRLo & HALIENE’s ‘Whisper’ is a no-nonsense Trance cut meant to whip up the crowd. Juggling energetic basslines and big-synth melodies with enchanting breakdowns and HALIENE’s emotive vocals, this vocal gem has all the hallmarks of a future classic.

HALIENE: “‘Whisper’ is the love letter you never got to send to someone you love, but had to leave behind. It’s a story of the cost of freedom and of hard choices. When I wrote this song, I was in a delicate time of transition where I had to sacrifice what I wished I could say and be for someone for my own happiness and the journey ahead. Sometimes the most loving choice is to let go.”

Having released (most of) his music on Armada Music-related labels since 2009 before launching his own label (Reaching Altitude) under the wing of the Amsterdam-based record label two years ago, MaRLo is one of Australia’s most iconic Trance artists. Known for highly-acclaimed singles such as ‘Visions’, ‘Atlantis’ and ‘Darkside’, blistering remixes for the likes of Andrew Rayel, Armin van Buuren, Dash Berlin, Gareth Emery and W&W, and a host of seismic live sets at the world’s biggest festivals, the Dutch-born DJ and producer hosted four fully sold-out ‘Altitude 2017’ shows in Melbourne, Sydney, Jakarta and Kuala Lumpur, and could very well announce a huge string of new shows, festivals and continuation of the Altitude events series soon. In any case, ‘Whispers’ is bound to carry both him and HALIENE into a busy summer season.

Perhaps the most unmistakable voice in EDM today, HALIENE has quickly risen to the top. With over 100 million combined streams, she’s exploded onto the scene with multiple collaborations with the world’s top DJs, including Seven Lions, Illenium, Slander, ATB, Ferry Corsten, Breathe Carolina, Blasterjaxx and Aly & Fila. In 2017, HALIENE won Armin van Buuren’s prestigious ‘Tune of the Year’ title for her international hit ‘Saving Light’ (with Gareth Emery and STANDERWICK). She has followed up her recording success with tours in China and South-East Asia, the U.K., the U.S. and Canada as well as performances at ASOT Live at ADE, and EDC Las Vegas.