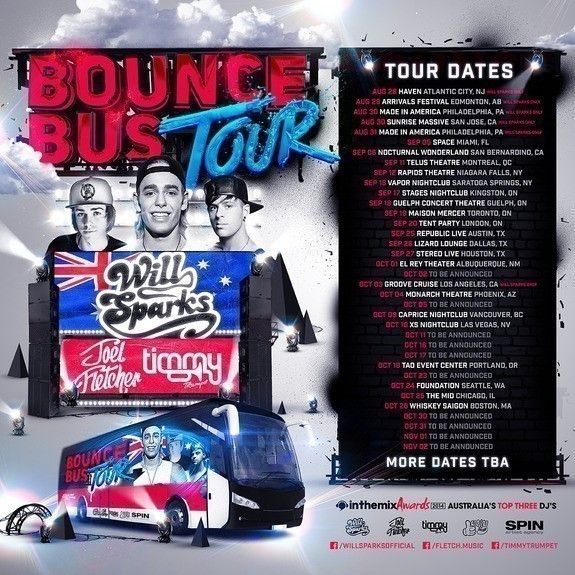 With Will and Joel currently riding high in the Beatport charts with ‘This Is What The Bounce Is’ and ‘Back 2 Front’ respectively, and Timmy having reigned supreme with his Beatport #1 New World Sound collaboration ‘The Buzz’ and now #1 on Australia’s ARIA Charts with the vocal edit of ‘Freaks’, the timing couldn’t be better for these three huge talents to come together to put on what is sure to be one hell of a firebrand show.

For three months, the holy trinity of the globe-sweeping Melbourne Bounce sound will experience that most iconic of American coming-of-age experiences, the road trip. Living in close quarters aboard the bus 24/7 and visiting cities in USA and Canada, fans can expect packed dance floors and thundering bass bins from the trio’s high-octane, explosive brand of house music.

For more information and tickets, visit the links below: