Win tickets to see Dub FX at any headline show in the UK! 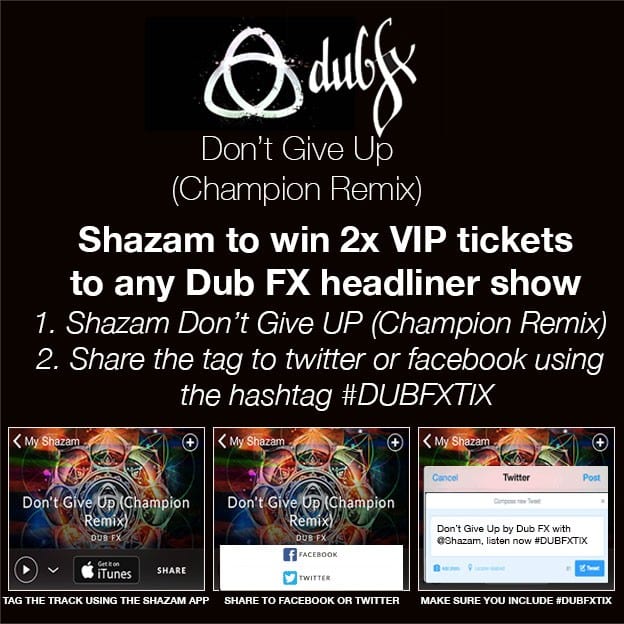 Win tickets to see Dub FX at any headline show in the UK!

Dub FX built his career from the ground up, brick by brick, taking to the street in 2009 with just a loop station and a passion for music. His independent approach and love of experimental styles has instilled in him a desire to seek and discover new emerging art forms. His passion for connecting is evident, collaborating with breaking artists like MC Xander and Eva Lazarus on his current album release. His forthcoming remix album, Theory of Harmony The Remixes, further demonstrates his desire to associate and build a family of like-minded souls; credits for his latest record include names as diverse as Makoto, High Maintenance, Shimon and Krafty Kuts.

His upcoming tour promises to be a series of breathtaking shows and you can enter a draw to win two tickets by Shazming and sharing the recent Champion remix of ‘Don’t Give Up’ which can be heard here http://hyperurl.co/DubFXChampionRmx

As well as this, producers are being invited to submit their music for a chance to support and collaborate with Dub FX too. More details on this can be found here https://www.youtube.com/watch?v=bNret_UZnGI