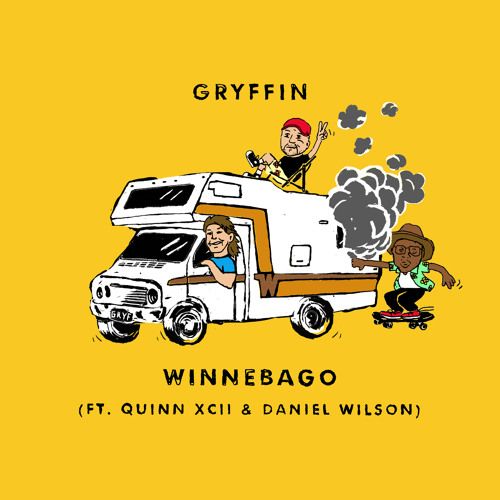 “Winnebago” is the first single from Gryffin’s forthcoming full-length debut, to be released by Darkroom/Geffen Records later this year. With its whistled melodies and summery vocals, the harmony-laced track blends bright synth and fast-shifting beats into an escapist piece of electronic pop.

Last month, Gryffin landed on the inaugural Billboard Dance 100 list, with Billboard praising his “string of upbeat, guitar-laden releases.” Those releases include the fall 2017 single “Nobody Compares To You” ft. Katie Pearlman, which has earned over 36 million streams on Spotify and emerged as a #1 Dance and UK Future Hits track on Shazam.

Having recently supported Kygo on his European stadium tour, Gryffin has a number of live dates around the world scheduled for the coming months, including appearances at festivals like Bonnaroo, Outside Lands, and Electric Zoo. Those live dates also include his Las Vegas residency at Hakkasan, currently in full swing.

Drawing equally from his edgy ingenuity as a producer and his carefully honed musicality as a guitarist and classically trained pianist, Gryffin made his breakthrough in 2016 with two singles showcasing his deeply melodic take on dance music: “Heading Home” ft. Josef Salvat (which shot to #1 on Spotify’s US and Global Viral charts) and the Bipolar Sunshine collaboration “Whole Heart”. Since arriving in March 2017, his smash single “Feel Good” — with Illenium and featuring Daya — has amassed more than 80 million Spotify plays. In addition, Gryffin recently saw his remix of “Desire” by Years & Years cross 101 million streams on Spotify.