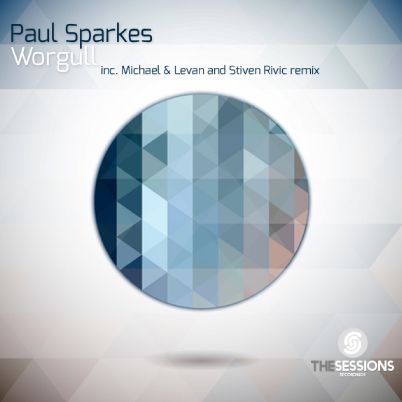 C-Jay is a true pioneer of the Dutch electronic dance scene. His dedication to his own distinctive interpretation of forward-thinking music, over many years, has seen him become firmly established as an international artist, and excitingly, he has enjoyed a real renaissance of late. With the recent release of his critically acclaimed ‘BackSlider’ (Beddigi77) 6-track mini-LP on John Digweed's Bedrock Records, December 2nd 2016 will see his next ‘Echoes’ artist album released as part of the forthcoming landmark Bedrock 18 (3xCD) release. Meanwhile, he is also focussed on the further development of his own The Sessions Recordings, and is back with a bang with – Paul Sparkes.

The debut of Paul Sparkes on C-Jay’s label is a melodic masterpiece in the best tradition of all those well-known progressive house classics and is titled ‘Worgull’. With a very strong remix from Michael & Levan and Stiven Rivic to complete the package, this is a stellar debut release on The Sessions Recordings for an incredible artist who's been around the Amsterdam underground scene for many years.

A dedication to quality house music has seen Paul play at the cream of the world's clubs for the last 15 years. As a producer he has released on the finest house labels, including San Francisco´s Looq Records, Omid 16B´s Sexonwax label, Tom Novy´s Nouvea Niveau, NYC's legendary Nervous Records, UK's Baroque Recordings and Ready Mix. He is also a promoter of Floorplay, a monthly night at Club NL in Amsterdam, which celebrated its 8 year anniversary this year. This industrious expat Brit is famed for DJ sets in excess of 5 hours and has just released on this year’s ADE sampler of Under No Illusion Recordings. Now, with his new release on C-Jay’s Sessions Recordings to round-off 2016 in style, the future is looking very bright indeed.

The creative freedom that exists within the world of electronic music always brings exciting talent to the fore and its great to see C-Jay’s The Sessions Recordings revived in 2016 and releasing thrilling music again.