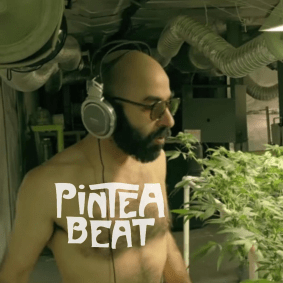 Recently signing to Dirtybird and Exploited, James Curd’s discography is impressive to say the least and also includes appearances on labels like DFA and Repopulate Mars – with the mighty CamelPhat remixing him on the latter. First and foremost a DJ and producer, Curd has also contributed to film and television, with recent projects including feature film Into The Ashes and scoring music for Grand Theft Auto 5. Collaborating together for years, Curd pairs up with vocalist Likasto once again – the Chicagoan is respected as the mind behind Freak Mode (a sub-label of Dance Mania Records) alongside DJ Deeon.

The funky ‘How He Works’ commences the package by utilising disco-infused guitar strums alongside choppy vocoder slices before ‘Feel It In Your Bones’ opts for a more enigmatic sound using off-kilter synth blips, delayed vocal cuts and rugged organic drums. ‘Rock The Boat’ delivers an amalgamation of crunchy modulated top lines and panning hypnotic pads generating a dramatic atmosphere before moving into crisp acidic synths, wandering arpeggios and evolving filtered vocals in ‘Light A Fire’.