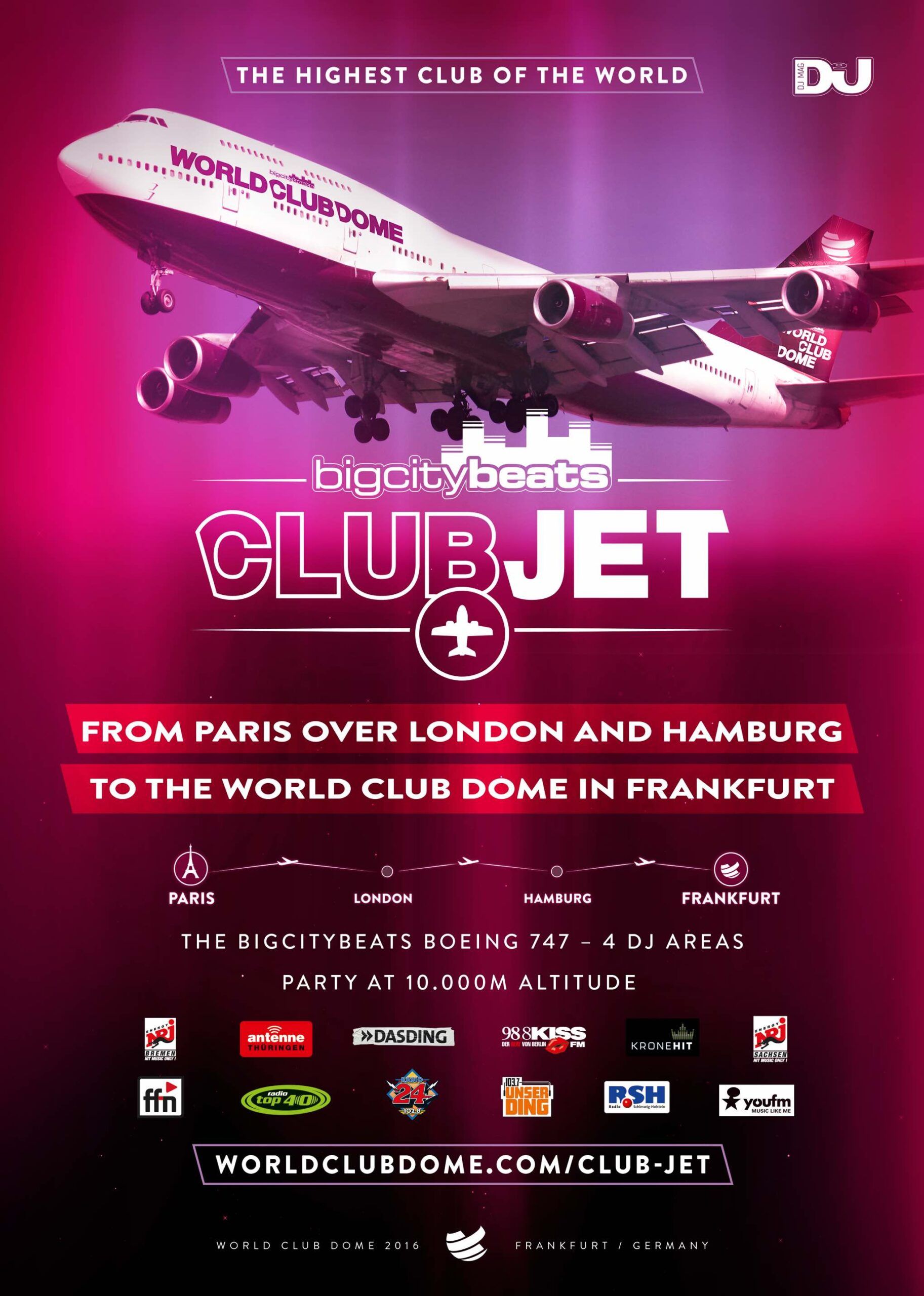 A unique Happening for all lovers of Club Music will take place on June 3, 2016 at an altitude of 10,000 meters. The BigCityBeats Club Jet will rise into the sky in Paris – a huge Boeing 747 which will be provided for the occasion of the WORLD CLUB DOME Festival with four DJ-Areas for being the “highest Club in the world".
On board: The German DJ Superstar ROBIN SCHULZ, who will pick up the WorldClubbers from the major cities of Europe and will accompany them to the "greatest Club in the world". From Paris, the party flight will pass over London and Hamburg to Frankfurt, where the BigCityBeats WORLD CLUB DOME will take place from June 3 to 5 in the Commerzbank Arena.

With a radio and YouTuber-formation hitherto unprecedented in Germany, the BigCityBeats will fly over 500 clubbers from all over Europe to the WORLD CLUB DOME. The party will rise in an altitude of 10,000 meters in four DJ-Areas. With ROBIN SCHULZ, it was possible to get one of the most successful international German artists as DJ host for the BigCityBeats Club Jet. Other names will follow shortly.

As soon as the Boeing 747 lands in Frankfurt, it goes from the Frankfurt Airport directly to the grand opening of the BigCityBeats WORLD CLUB DOME with David Guetta and Armin van Buuren in the Commerzbank Arena!

Of course there are also a few places available for purchase for the most faithful fans of BigCityBeats. The registration for these limited boarding cards is done using the following link: www.worldclubdome.com/club-jet-registrierung