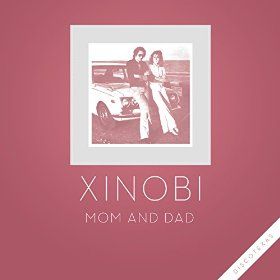 Released on 19th September through Discotexas, ‘Mom and Dad’ is the first single to be taken from Xinobi’s upcoming album ‘1975.’ The Portuguese DJ, producer, musician and vocalist AKA Bruno Cardoso has previously released tracks on via other notable labels including Ministry of Sound, Work It Baby and Nurvous and made waves with some high profile remixes and re-edits of John Grant, Riva Starr, Toro Y Moi and Nicolas Jaar to name a few. ‘Mom and Dad’ is a laid back, dreamy slice of Morricone-style lusciousness, combining sultry vocals and lilting guitars that drift off into the desert, dazed by the scorching sun. Despite Xinobi’s appetite for devouring various genres, there is a unique watermark and consistency to his output, due not least to his musical and arrangement-based skills.

Upcoming album ‘1975’ is special. It’s packed full of sonically-rich, epic productions that sound big, but not bombastic or over-baked. They take in elements of dub, surf guitar, deep house, disco and acid, all delivered with a pop sensibility and individual flare that sets it apart from other, more generic dance music long players. During 54 minutes, the album roves from contemplative moments, deep dance floor dynamics to memorable choruses, adorned with a colourful and joyous array of sounds that are beautifully produced.

Together with his friends and work-partners Moullinex and Mr. Mitsuhirato, Xinobi gave birth to Discotexas, a record label fast gaining traction, respect and renown.