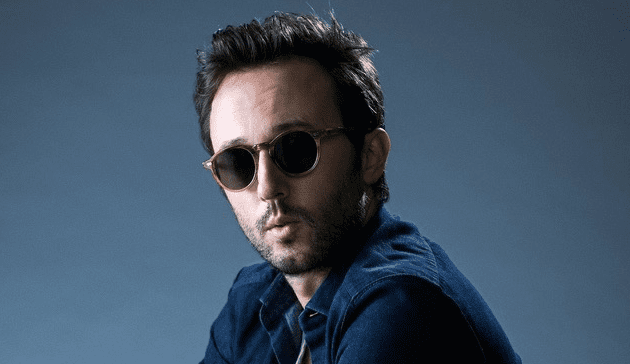 by ihouseuadmin
0 comments
May 1st 2020 is RE:GENERATION DAY, a special celebration of new and exciting talents all carefully chosen by tastemaking artist and Sapiens boss Agoria to shine a light on new talent during these very uncertain times. Each of these producers has their own distinct sound, so have been chosen to put out a solo EP on Sapiens label. All four separate EPs drop on the same day under the Re:Generation banner with Henri Bergmann, Mooglie, Mozaïk and Parallells all featuring.
FULL PREMIERE: Henri Bergmann feat Underspreche EP- Creature
This innovative series is a way of Agoria shining a light on the next generation of talents and helping them to rise to the top in these very uncertain times we are facing.. Each of them has impressed him with their new music, and between them they cover plenty of essential electronic ground.
Says the man himself, “I am convinced, more than ever, that a loud voice is needed to support artists and future leaders. I most probably became an activist when I had to strive to organise techno and rave parties, which forced me to stand up to the local authorities in order to create the Nuits Sonores Festival in Lyon, France. In that respect, the idea of Re:Generation Day emerged – a day dedicated to bringing four emerging artists to the front. I am fond of their music, and I hope, so will you be, and that somehow it will regenerate you.”
Mooglie is a Parisian electronic music composer who draws on jazz, pop-rock, new wave and Italo disco. He is a formally trained guitarist and bassist with a real musical diversity. He proves that here with the escapist ‘Prelude’ which glows with lush synths and cosmic keys and sends shivers down your spine. ‘Monkey Disorder’ is then more punchy, with crisp hits and a rugged bassline powering it along.
First up is the brotherly pair of Parallels, the Dutch duo who have headlined everywhere from Burning Man to DGTL and also manage Klassified Records as well as regularly exploring unusual places like a factory, hospital or ski resort then transform their recordings into their slick electro sounds. Here they link with Abundance for ‘Blooming Flower’, a beautifully organic house track with wooden hits and thoughtful piano chords draped over deep and rolling drums.
Next is the brotherly pair of Mozaïk, who make ethnic and melodic music with bewitching synthesisers lines and powerful drums on labels such as Madorasindahouse, Radiant and Plaisirs Sonores Records. They kick off with ‘Mavembe’, a dramatic track with raw percussive energy, exotic vocal sounds and big, driving bass and sweeping synths that lift you off your feet. ‘Rica’ then offers  a deeper and purposive house groove that surges into the night with all sorts of samples, keys and glassy textures lighting it up while an instrumental strips it back to more melody focussed house.
Henri Bergmann is a house and techno producer recently signed to Watergate’s DJ roster having got big support for her melodic sounds from the likes of Laurent Garnier, Pete Tong’s BBC Radio 1 show and Mixmag, with standout DJ shows at places like Glastonbury. He offers up ‘Creature’, an epic house track with expansive pads and chords that rise up to the heavens. The shimmering percussion and an angelic vocal then add to the sense of grandeur and make this a real modern classic.
These EPs are a fantastic showcase of some exciting new talents that all bear the emotional and melodic hallmarks that have made Agoria such an icon.
SAPIENS037 Mooglie – Prélude EP
Prélude
Monkey Disorder
SAPIENS036 Henri Bergmann feat Underspreche EP
Creature (Extended Version)
Creature (Radio Edit)
Creature (Club Mix Edit)
SAPIENS035 Parallells – Blooming Flower
Blooming Flower
Blooming Flower (Extended Version)
SAPIENS034 Mozaïk – Rila EP
Mavembe
Rila (Instrumental)
Rila (Original Mix)
Release Date May 1st
Distributor Believe
Pre-order Links Here – 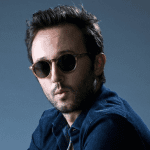