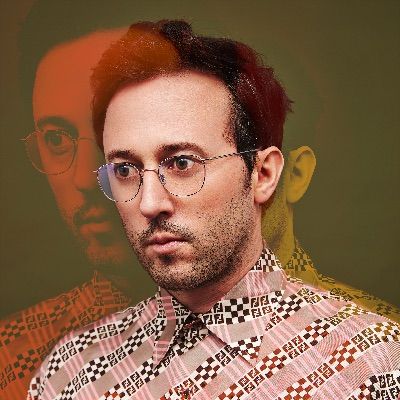 Drift could be seen as a bridge which unifies, links territories, creating new frontiers, inventing new codes.“Drift is sitting on your sofa between your guilty pleasure and your tasteful opinion” explains Agoria.

The album also includes ‘You’re Not Alone’ featuring Blasé released in January, “the killer cut of this forthcoming album” says Pete Tong. For this single Agoria turned to Latin Grammy-award winner Hernan Corera for a powerful video, which can be seen as an ode to other worlds, to the unknown.

Further collaborations on the album include Nicolas Becker (Hollywood sound designer who worked on the Oscar-winning movie ‘Gravity’), Sacha Rudy (an eighteen-year-old boy from Paris), STS (the golden voice of L.A.), NOEMIE (for her first track ever) and French hero Jacques, as Agoria displays his penchant for analog-influenced productions such as ‘Arêg’ , and the glitchy yet wistful nature of‘Computer Program Reality’.

‘Drift’ follows his recent Essential Mix for Pete Tong on BBC Radio 1, which was later nominated forEssential Mix Of The Year.

Agoriadebuted his new live show in 2018 at the likes of Barcelona’s Sonar Festival and Bestival and is now working on a new version that will be introduced at Primavera Sound in June. As the summer continues, he’ll be on the top of Skyway Monte Bianco as part of the Unlimited Festival for an exclusive Drift DJ set as well as taking the live show to Coachella and his own headline show at Elysée Montmartre, Paris in September.