Throttle explores the theme of home with plenty of groove in his new single “Japan,” out now on Monstercat. In his true thoughtful fashion, the Aussie producer blends euphonious vocals with delicate melodies, a soft drop and inspiring lyrics to make a track that will both touch your heart and get your feet moving. We have all felt lost and alone in the world at some point in our lives, longing for a familiar place to call home – maybe your childhood house or favorite vacation spot, or loved one’s arms – “Japan” truly expresses this in a sonic capacity with its wistful and yet hopeful notes. “Japan” follows Throttle’s recent single “Dreamer,” which marked his return to Monstercat after six long years, putting him firmly back on the map in a “home” with one of electronic music’s most forward-thinking imprints.

Imagine collaborating with the likes of Galantis and Oliver Heldens, officially remixing Ed Sheeran and performing at Tomorrowland all before your 21st birthday; while a dream for most, this was the reality for Throttle. After cultivating a unique blend of organic and electronic sounds featured in his popular singles “Hit the Road Jack” (which was used in the official trailer for Ocean’s 8) and “Tell Me You Love Me,” Throttle’s music has found homes on notable labels including PRMD, Spinnin’ Records, Warner Music, and Universal. He has put his signature touch on remixes for Avicii, Armin Van Buuren, Earth Wind & Fire, Ed Sheeran, Snakehips and more and has production credits for Sabrina Claudio, David Guetta & Martin Garrix. Throttle has gained a loyal following, with 200 million streams each month on Spotify and fans that show up for his sets around the globe, including Tomorrowland, Sziget, EDC Las Vegas and more. “Dreamer” and “Japan” are the beginning of a new era for Throttle, and we can’t wait to see what he comes up with next! 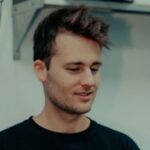