The genre refinements are the next stage of Beatport’s commitment to championing the electronic music community and staying ahead of trends, following the successful launch of several new Beatport genres since 2017 including Melodic House & Techno, Afro-House, Trap/Future Bass, Garage/Bassline/Grime, Leftfield Bass and Bass House.

The change represents a nod to the fact that Nu Disco is back in the spotlight thanks to artists like Joey Negro, Dimitri From Paris, Crazy P, Kraak & Smaak, and Hot Toddy, as well as labels like Razor n Tape, Glitterbox, Boogie Angst, Z Records. Feedback indicated Nu Disco was missing out on exposure due to Indie Dance often dominating the category’s Top 100 chart. The category changes will allow better access for fans while guaranteeing better visibility and helping drive sales for the labels, representing a win for all involved.

Set to benefit from the change are tracks like the recent summer smash ‘Emotion’ from Purple Disco Machine, and the German producer says he’s pleased with the news.

“It is really great news that Beatport are prioritising the Nu Disco scene and creating a separate genre chart.

The contemporary disco scene is about much more than nostalgia. There are many artists and producers out there who are being inspired by the past to create the future.”

Meanwhile, the thriving Indie Dance genre goes solo with its own genre category, a thriving space thanks to the strength of producers like Peggy Gou, Curses, Moscoman, Terr, Lauer, as well as leading imprints like Correspondant, Disco Halal, and Roam Recordings.

In particular, Indie Dance staples like The Organism & Moscoman ‘Rite’ have proved winning favourites with DJs and crowds alike throughout the year. 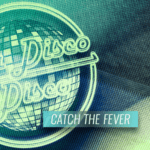