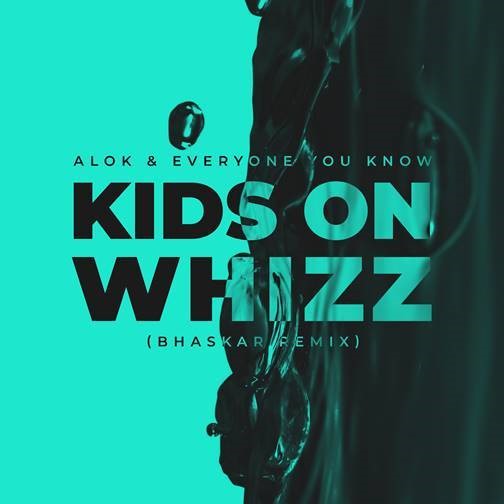 Adding his signature sound to the track, Bhaskar delivers an atmospheric edit, blending rumbling hooks with a floor filling bassline to create a rugged house feel. Bhaskar is one of the biggest producers to come out of Brazil, with over 3.5 million monthly listeners on Spotify alone. He is best known for tracks such as ‘Fuego’ alongside Alok and ‘Killed By The City’ and has previously released tracks on iconic imprints such as Spinnin’ Records and Armada.

The original of ‘Kids on Whizz’ is a rework of Everyone You Knows’ single ‘Charlie’, which has gained widespread support since it’s release, garnering over 1 million streams worldwide.

DJ and producer Alok recently became the most streamed Brazilian artist in the world on Spotify garnering over 2.7 billion streams and more than 18 million listeners per month on the platform with hits such as ‘On & On’ and ‘Party on my Own’. A renowned remixer, Alok has previously reworked hits for music heavyweights including The Rolling Stones, Dua Lipa and Meduza. The producer was recently ranked fifth in DJ Mag’s annual Top 100 DJs poll and has collaborated with artists including Jason Derulo, Tove Lo, Martin Jensen and Armin van Buuren. With 24 million Instagram followers and 8.7 million TikTok followers, Alok is also the second most followed DJ globally and was the first Brazillian artist to have a song which surpassed 500 million streams. Not stopping there, the star has also played some of the biggest festival mainstages across the globe, including sets at the likes of Burning Man and Tomorrowland.

EYK have had a rapid rise to success in a short space of time, amassing over 52 million worldwide streams, an explosive 15-date sold out UK tour, as well as a UK mainstage festival debut at Reading & Leeds and a stint as UK brand ambassadors for Reebok.

Fusing hip hop, garage, dance and punk, the London based duo cite J Dilla, Dr Dre, The Streets, Wu Tang Clan and Kano amongst their musical inspirations. Honing their signature sound, the pair have built a cult following with tracks such as ‘When The Sun Comes Up’,  ‘Our Generation’, ‘She Don’t Dance’ and ‘The Drive’. The pair have garnered key tastemaker support along the way from the likes of Annie Mac (headlined AMP at Old Blue Last), Jack Saunders (Radio 1 Maida Vale Session), Steve Lamacq (6Music Session), BBC Introducing, NME, Sunday Times Culture, Complex and The Line of Best Fit positioning themselves as one of the most exciting and innovative new talents to come out of the UK.

Bhaskar’s dynamic remix of ‘Kids on Whizz’ is out now! 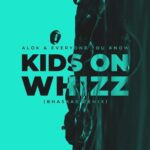