by ihouseuadmin
0 comments
Quickly following their recent release “In The Cut” with Good Times Ahead (GTA), Black Caviar are back with a fresh new summer remix of Zach Martino and Dyson’s “Mood”. Alternating between smooth vibes and cascading bass strides tailored to the dance floor, this track is bound to get fans in the ‘Mood’ for dusk-till-dawn dancing. The remix follows their smash performance at Hard Summer Music festival earlier this month, where the pair took over the Harder Stage on Sunday for a wild set. Black Caviar are also gearing up to takeover their hometown this Friday in NYC at Summer Haze.
Amassing over 120 million Spotify streams to date, Black Caviar’s rise has been nothing short of meteoric, with the duo racking up huge success on their original production ‘Coco’ and their massive hit ‘What’s Up Danger‘ feat Blackway (40 million Spotify streams), from the Spiderman: Into The Spider-Verse soundtrack. The duo have received support from industry leaders including Don Diablo, Oliver Heldens, Dada Life and remixed singles from the likes of Jason Derulo and Tiesto and recent Bazzi remix “Paradise”. Fusing elements of Chicago House and NYC Hip-Hop, Black Caviar blend in elements of New Orleans Bounce and twist of Latin Rhythm into their productions. They show off their production styles in their two brand-new singles ‘Alright Alright, Okay‘ & ‘Zonin‘ which were released on Steve Aoki’s label Dim Mak earlier this month.  Black Caviar link up with New York rapper G.L.A.M. on both tracks, who have previously collaborated on their 2017 release ‘Killa Shit Funk’. 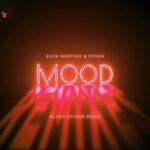