Last summer, Carnage took the EDM world by storm with re-entering the scene with “Blitzkrieg” after a long hiatus, and now Coone is giving the track an epic revival. The Belgian DJ and producer lays on his signature hardstyle sound in his rendition, trading Carnage’s trap influences for proper rapid-fire kickdrums, reverberating bass, and plenty of screeching synths. The real gem of the track occurs around the halfway mark, where Coone’s musical sorcery leads into a drop for the ages. Listeners can still enjoy the original’s length vocal interlude filled with classic Carnage attitude amid the intense BPM. This is Coone’s first time collaborating with the Heavyweight label head, whose latest release was “Hella Neck” with Tyga, OHGEESY, and Takeoff.

Carnage has made a name through breaking the rules and staying true to himself. The Las Vegas-based artist established himself as the reigning champion of hard bass and trap music with early hits, later being one of the first artists to transition electronic music into hip-hop, rap and urban styles. Before launching his label Heavyweight Records in 2017, Carnage put out hit after hit such as “I Like Tuh” with ilovemakonnen, ‘Bricks‘ with Migos, ‘Down for Me‘ and ‘Guala‘ with G-Eazy, ‘Homie‘ with Meek Mill and Yung Thug, ‘Learn How to Watch‘ with Mac Miller and MadeInTYO and ‘iShyne‘ with Lil Pump. Heavyweight Records is a home for hard bass and hip-hop music. Since then, he has gathered a formidable crew of companions on the imprint, from the masked mastermind GRAVEDGR, Gommi, Sludge, Lil Texas, and more. After taking a break from music and touring in 2018 to focus on his mental health, Carnage dove right back into it with his hits “Letting People Go,” and “Wait For Me” with G-Eazy and Wiz Khalifa. In partnership with the RAICES foundation, the music video for “Letting People Go” raised awareness for immigrants at the US / Mexico border and retraced Carnage’s families voyage into America, as covered by TIME and dozens of other outlets. He also contributes his influence and time to this charitable causes close to his heart. Nonetheless, Carnage could not resist producing what he loves the most, bass music, and released “Blitzkrieg,” “Slot Machine,” and “Holy Moly” all within a month. The ‘Holy Moly‘ music video was declared a “Bloody Hysterical Short Film” by Billboard. 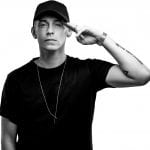 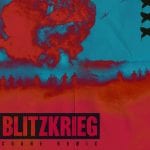 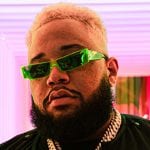