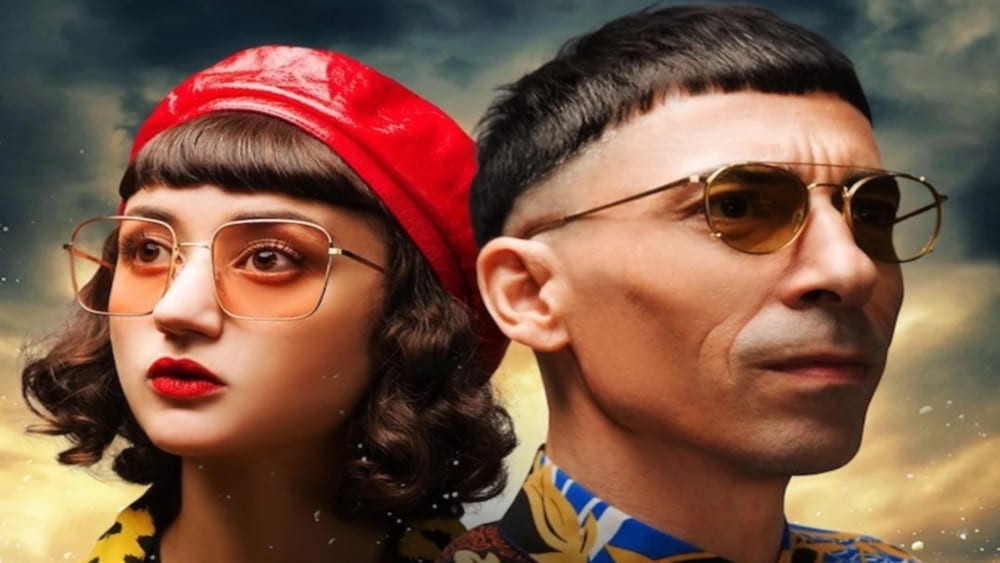 Electro-pop duo SACRE have released the album, LOVE REVOLUTION, which is part of SACRE’s exciting project that harnesses music, photography and storytelling. Along with the album came the music video for ‘05:00AM JUNGLE CHASE’, one of the featured singles. SACRE has already gained extensive support for their music from a host of tastemaker TV channels including Canal+ France, YouTube channel La Belle Musique, as well as radio stations such as Beats 1 with household name Pharrell Williams, popular French station Radio FG and a premiere with RTÉ XM. They have also collaborated and worked with top musicians such as Gigamesh, ELEPHANZ, CHOPSTICK & JOHNJON, Uppermost and Kraak & Smaak to name a few. SACRE has also garnered support from acclaimed publications such as HuffPost, Billboard, COMPLEX, CLASH Mag, EARMILK, Impose, Magnetic Magazine, Acid Stag,  BIZZARRE and many more. Currently, the pair sit at roughly 3 million plays across streaming platforms.

Originally from France but now residing in the creative hub of Amsterdam, musicians Hawaii and Sukil are the masterminds behind the intergalactic pop project that is SACRE. LOVE REVOLUTION, more than just an album, is a visual and audio storytelling masterpiece that captures its audiences and carries them, spellbound, into a world of dark fantasy. Both artists were the only musicians in their families growing up, but managed to pursue their dreams of a creative and musical life. Hawaii discovered his passion for music from listening to the Star Wars soundtrack when he was 8-years-old; it was from then onwards that he started to play, compose and hone his musical craft. Sukil started training at a classical music conservatory at the tender age of 6; 12 years after, she graduated and became a concert pianist. But it was only when Sukil teamed up with Hawaii that her own compositions were able to flourish, and the two embarked on their SACRE journey.

LOVE REVOLUTION stands as its own epic saga, presented in musical form. The tale follows a sceptical journalist who is put onto a unique story by a mysterious woman, and the journalist quickly finds himself swept up in an adventure of bizarre circumstance meeting equally strange people. Adding a personal element, the album features both Hawaii and Sukil as main characters. As the scenes change, from a wedding to a game of chance to a midnight witch forest scene, so does the music adapt, forming itself to fit the unfolding storyline. The tribalistic beat within ‘Jungle Chase’ finds its own form of synchronicity in the urban jungle in which the music video is filmed. The femininity found between some of the vocals and the lead roller skating dancer is contrasted by the masculine tone of the surrounding city, making no effort to hide the harshness of the concrete sprawl but rather revealing its own beauty behind it. The overall album stands as a testament to creativity, in both the written and musical artforms.

Speaking of the album, SACRE tells us, “Our Love Revolution project has its roots in the love we have for the arts and in the love we have for our friends. It is based on a story we wrote, a futuristic mythological road trip, inspired by the Olympus gods romances, our friends’ personalities and the mess in our minds. An android, Aphrodite, a witch in a wood, a pig and a car-chase are parts of the story. The songs between the scenes are about our characters, their feelings, their lives and their hopes. We created our tracks to be as passionate and eclectic as our characters are. We talk about fraternity, self-love, dependence, masochism, impossible love and destructive passions… In a way to understand more the word LOVE.”

SACRE goes on to reveal the deeper meaning behind the ‘05:00AM JUNGLE CHASE’ music video: “It’s a song about freedom, about the idea that the predator is no freer than its prey in its need to hunt. This music video follows the same idea. A prey is chased on the road. But who exactly is chasing her? We are in Los Angeles and we are following a girl. Tired of the predators that touch her buttocks in the metro and tired of burning her neurons with other predators in traffic, she decides to live the city differently, freely.” 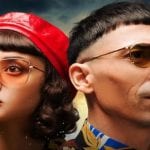