Elliot Moriarty is one of the brightest stars to emerge into the realm of Electronic Dance Music. He started experimenting with and exploring music at 11 years old and was inspired by the likes of Sasha, Nick Warren, Seb Fontaine, Tall Paul and Judge Jules. It was clear from this early age that music was his real passion, which is why he remains determined and focused more than ever, as this passion has grown enormously over the years.

Elliot started off DJing at local parties and events, until he was 20 years old, when the mighty Ministry of Sound came calling. It was obvious at this point that he had a natural talent for the craft, and this was noticed immediately. Off the back of this first major gig, he successfully secured several bookings and went on to play at venues including Pacha, Eden, Cable, Lightbox, Egg, and also the now World famous We Are FSTVL.

As Elliot’s journey progressed, the addition of wanting to make his own music became ever more apparent. He began making edits of tracks he admired, until eventually starting to release his own productions. His debut release on the infamous Seamless Recordings, is a true statement of his sound. The track which is entitled “Elixir”, has been described as “nine minutes of blissful enthusiasm”, and reached number 3 in the labels top 10 most popular releases chart on Beatport; nestling itself nicely amongst the likes of Lee Burridge, Matthew Dekay, Ian Pooley, Joe T Vanelli and Hot Since 82.

Putting together an hour mix exclusively for IHOUSEU, Elliot has included some of his own productions and edits, which gives you a real flavour of his sound and style. With his recent tracks gaining support from the likes of David Guetta, Lane8, Anthony Pappa, Kryder, Mark Knight and many more, it certainly is an exciting time ahead for this future star. 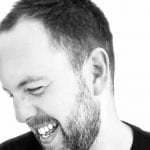 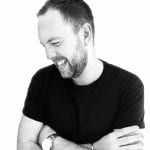