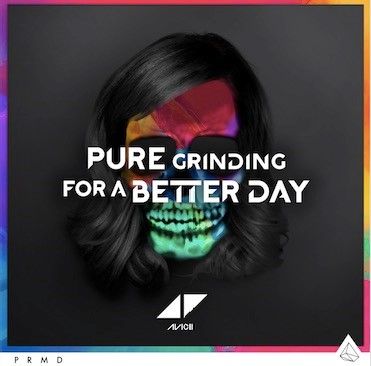 Following the huge international success of latest single ‘Waiting For Love’ – a track that claimed the #1 spot on iTunes in an incredible 22 countries and went top 10 on the Official UK Singles Chart – Avicii is proud to present the third single to be taken from hotly-aniticpated new album, ‘Stories’. ‘For A Better Day’ is out today to coincide with ‘Stories’ being made available to pre-order for the first time, as well as being selected as BBC Radio 1’s ‘Track Of The Day’.

To follow 2012’s ‘True’, a multi award-winning debut album that has sold over 5 million copies worldwide, is a challenge that Avicii has taken up with Vigour on sophomore LP ‘Stories’. New single ‘For A Better Day’ – a lush, uplifting contemporary ballad builds on the sound Avicii made all his own on ‘True’ – and the cinematic, hip-hop slanted ‘Pure Grinding’ (to also be released on August 28th) serve as cases in point, with both showcasing Avicii’s ability to meld together both traditional and electronic styles in new and innovative ways. ‘For A Better Day’ also follows lead album single ‘The Nights’, which peaked at #6 on the Official UK Singles Chart back in January.

Now established as one of dance music’s biggest global stars, his work on ‘True’ – a record that also boasted 2013’s fastest-selling single in ‘Wake Me Up!’ – has helped open up new possibilities for electronic artists and on ‘For A Better Day’, he continues to lead the way.

Avicii is also scheduled to return to the UK to headline Creamfields this weekend (Saturday, August 29th), for the first time since headlining Capital FM’s Summertime Ball at Wembley in June.