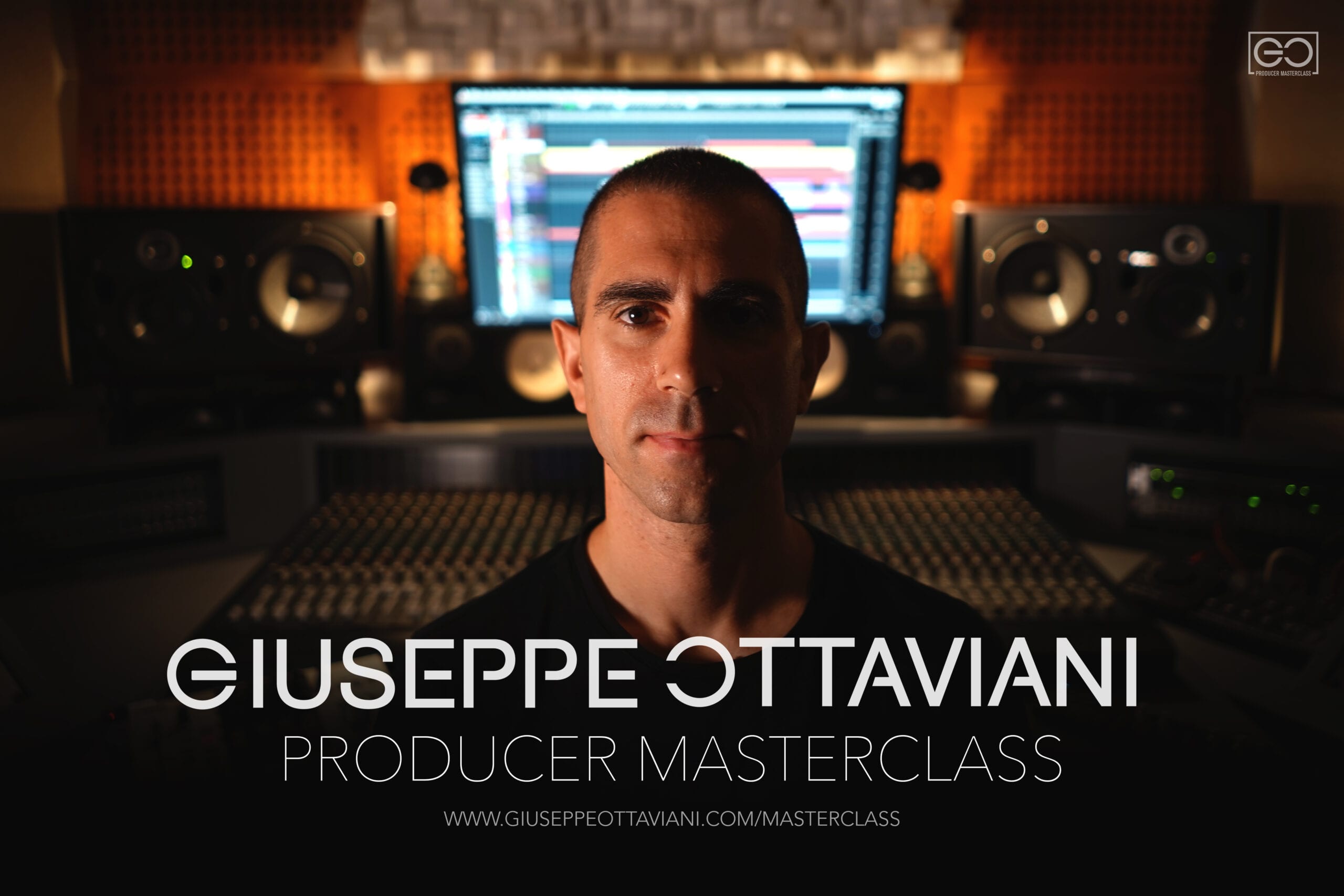 Giuseppe Ottaviani is a musician who has long been regarded as ‘the producer’s producer’: a man renowned for sonically superior recordings and the hit-rate to substantiate them. Simply, with Giuseppe, music comes before all.

“Throughout my career, by far and away the area I’m asked about most is how I produce. Music – and by virtue the way its made – is something to be shared, always, and this year has provided an opportunity to do that in a more focused way.” In June Giuseppe began work on the Giuseppe Ottaviani Producer Masterclass – a fully formed modular learning deck for music producers. For it he brought in a team who helped him design it to be undertaken either progressively, step-by-step or in a jump-right-in manner. “Using the Giuseppe Ottaviani Producer Masterclass, says the Italian, will allow producers of all levels and abilities to draw knowledge from its techniques and achieve results as swiftly as possible”.

Giuseppe’s grouped the course into 8 chapters, comprising of 100 individual videos, which run over 13 Masterclass hours. Giuseppe discusses initial inspirations and how to approach melody, drums, bass and the fundamental aspects of track composition. He also shares his experience in mixing and mastering, whilst giving clear insights (all subtitled in English) into his arguably peerless work approach.

Over the duration of the Masterclass Giuseppe builds a new track from the ground up, providing the most practical of examples and open insights into his work method. “This is not, he is keen to emphasise, about giving people a lot of tricks, quick tip tutoring bits, how-to’s, etc and saying ‘there you go!’ There is an endgame here. What I would love is for newer producers to use this as a major step towards releasing music professionally. Once you’ve taken the course and absorbed it you can download the stems for this new production and put that newfound knowledge to practical use in remixing it. The best remix will be released on GO Music in 2021.